For people in parts of Riverina, Lower Western and Upper Western Forecast Districts.

Locations which may be affected include Deniliquin, Hay, Menindee, Balranald and Fowlers Gap. 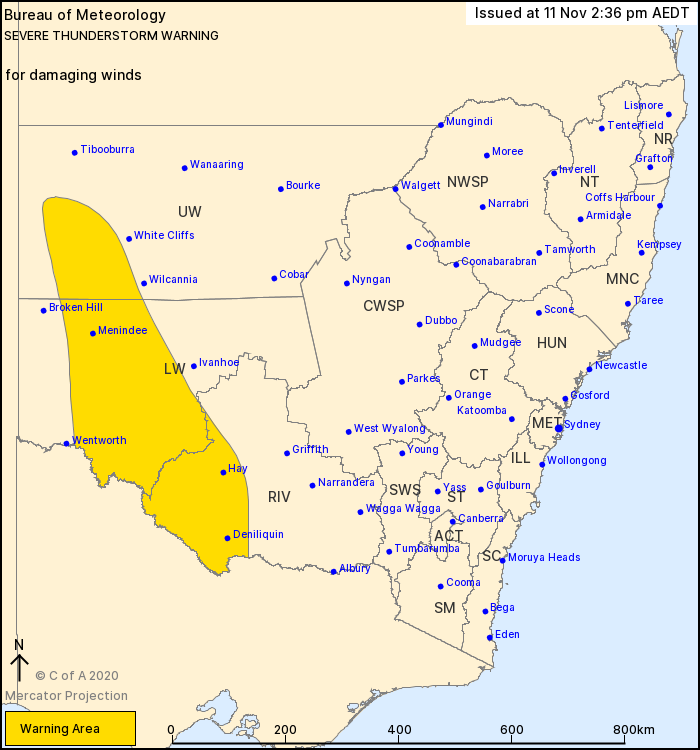