For people in parts of Riverina Forecast District.

Locations which may be affected include Wagga Wagga, Albury, Corowa, Finley, Holbrook, Lockhart and Jerilderie. 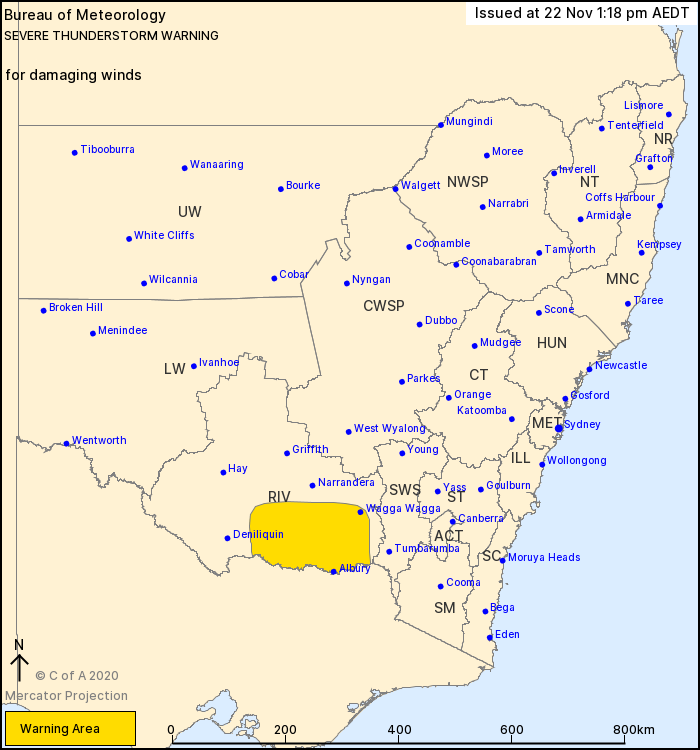