Weather Situation: A cold front and a pre-frontal trough are tracking east across the state. These systems will combine with moisture drawn into the state from the tropics to produce severe thunderstorms across parts of inland NSW through this afternoon and evening.
Severe thunderstorms are likely to produce heavy rainfall that may lead to flash flooding in the warning area over the next several hours. Locations which may be affected include Cooma, Tumbarumba, Cootamundra, Gundagai, Tumut and Khancoban.
Severe thunderstorms are no longer occurring in the Central Tablelands and Central West Slopes and Plains districts and the warning for these districts is CANCELLED.
Wagga Wagga recorded 28.4mm in 30min to 4:30pm.
Tooma Dam recorded 26mm in 30min to 7pm.
West Wyalong recorded 29.8mm in 1hr to 8:30pm.
Temora recorded 26.4mm in 1hr to 9:30pm. 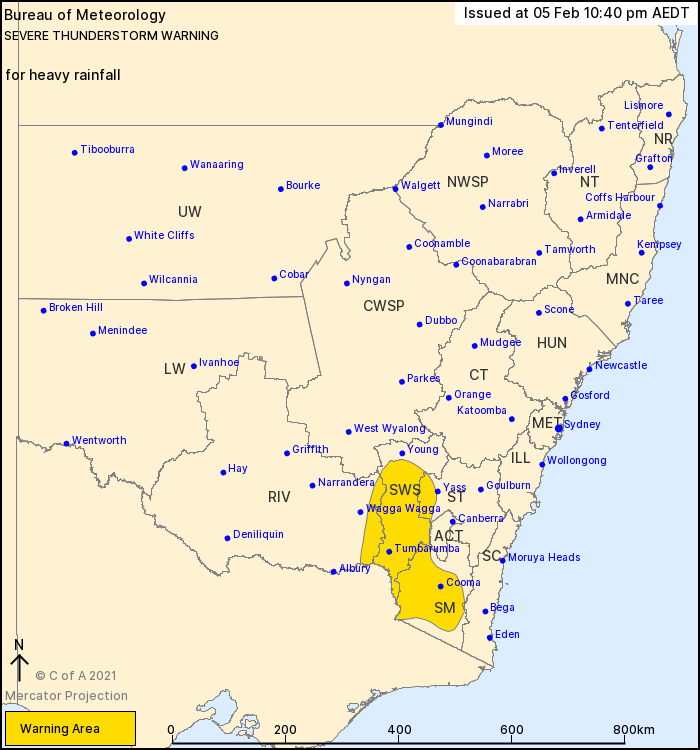