For people in parts of Illawarra, Central Tablelands and Southern Tablelands Forecast Districts.

Severe thunderstorms are likely to produce heavy rainfall that may lead to flash flooding in the warning area over the next several hours. Locations which may be affected include Wollongong, Bowral, Kiama, Jenolan Caves, Trunkey Creek and Taralga.

17.8mm was observed at Trunkey Creek within 15mins to 9:30am this morning 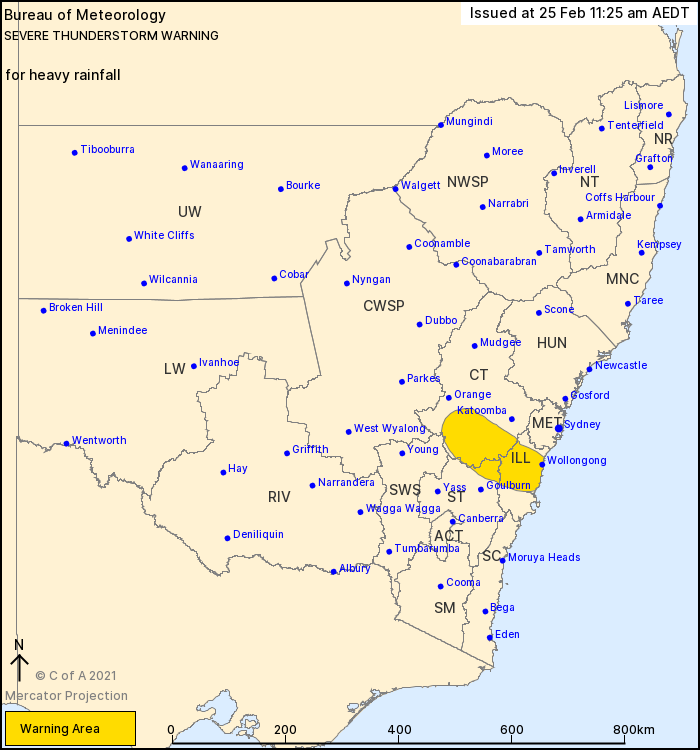