For people in parts of Northern Rivers, Hunter and Central Tablelands Forecast Districts.

Weather Situation: A broad trough of low pressure lies over inland New South Wales, with another trough along the coast. Humid air feeding into these systems will bring thunderstorms across parts of the state.

Slow moving showers about the north coast are also contributing to heavy rainfall
Severe thunderstorms are likely to produce damaging winds and large hailstones over the next several hours in parts of the Hunter and Central Tablelands districts. Locations which may be affected include Scone and Merriwa.

Severe thunderstorms are likely to produce heavy rainfall that may lead to flash flooding over the next several hours in parts of the Northern Rivers district. Locations which may be affected include Tweed Heads, Murwillumbah, Numinbah, Mullumbimby, Byron Bay and Brunswick Heads. 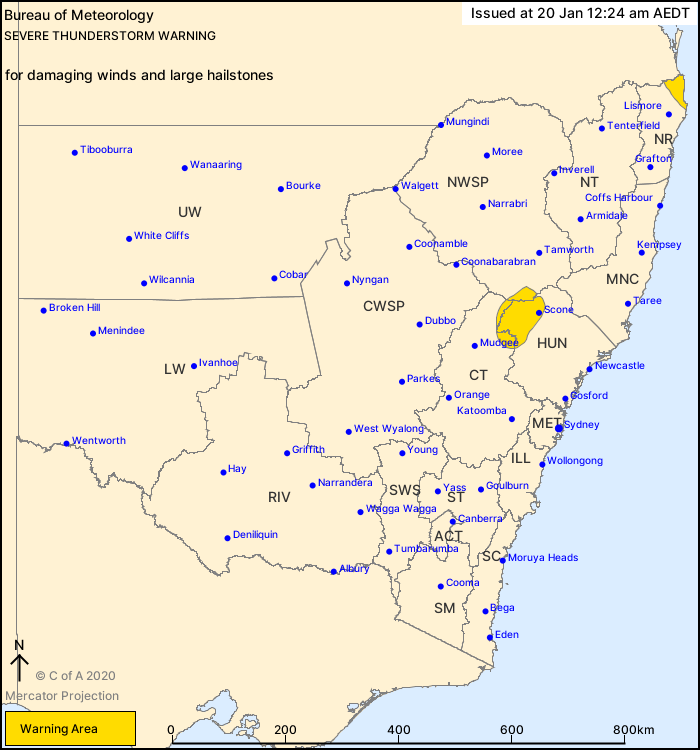