For people in parts of Lower Western and Upper Western Forecast Districts.

Severe thunderstorms may produce damaging winds, large hailstones and heavy rainfall that may lead to flash flooding in the warning area over the next several hours. Locations which may be affected include Wilcannia, White Cliffs, Wanaaring, Ivanhoe, Tilpa and Fords Bridge.

In the far west of NSW, Broken Hill Airport reported almost 20mm in 15 minutes this afternoon. 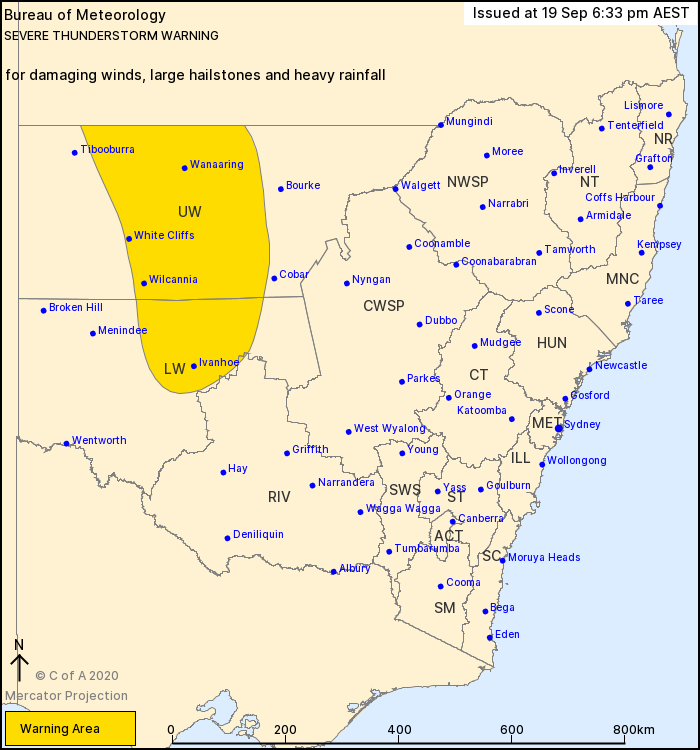