Severe thunderstorms are likely to produce large, possibly giant hailstones and damaging winds in the warning area over the next several hours.

2-3cm hailstones were reported at Dubbo earlier this afternoon. 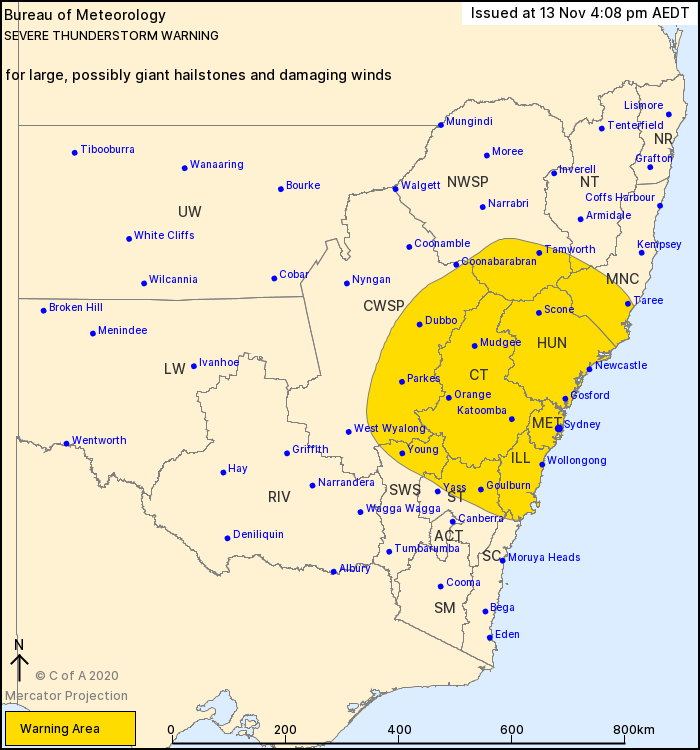