For people in parts of Hunter, Metropolitan and Riverina Forecast Districts.

Severe thunderstorms are likely to produce damaging winds and large hailstones over the next several hours in parts of the Hunter and Metropolitan districts. Locations which may be affected include Newcastle, Gosford, Cessnock, Maitland, Woy Woy, Putty, Wollombi, Dungog and Kulnura.

Severe thunderstorms are likely to produce damaging winds over the next several hours in parts of the Riverina district.

Locations which may be affected include Wagga Wagga, Holbrook and Lockhart. 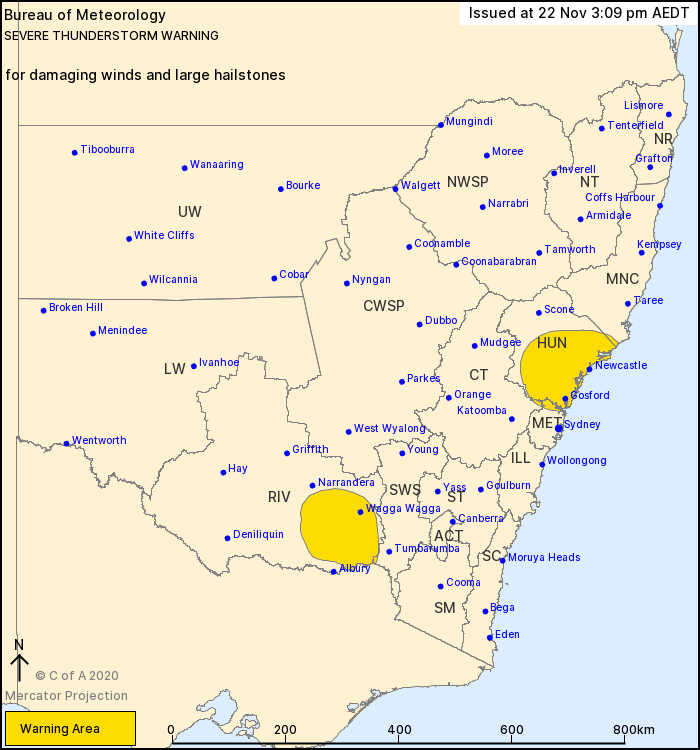