For people in parts of Snowy Mountains Forecast District.

Weather Situation: A cold front will clip the far southeast of New South Wales on Wednesday morning, followed by a second on Thursday morning. Winds will strengthen over the Alpine peaks ahead of each front.

DAMAGING WINDS, averaging 75 to 85 km/h with peak gusts in excess of 110 km/h are possible for Alpine areas above 1900 metres on Tuesday evening and again on Wednesday evening and Thursday morning.
Winds are expected to ease during Thursday after the passage of the second front.

BLIZZARD conditions are likely at times from Tuesday evening through to Thursday morning.
The NSW National Parks and Wildlife Service recommends that back country travel be postponed until conditions improve.

Locations which may be affected include Thredbo Top Station and Charlotte Pass. 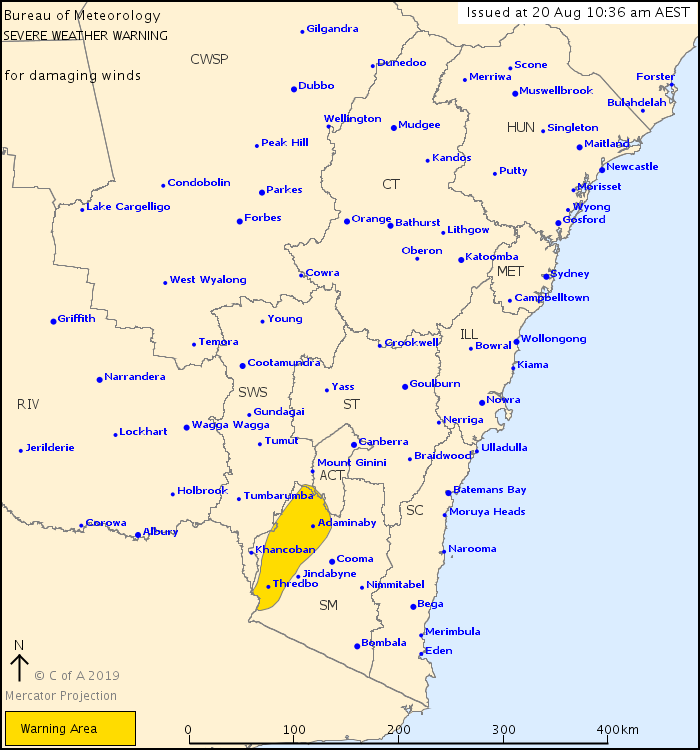