Weather Situation: Ex-Tropical Cyclone Esther is approaching New South Wales, deepening a trough over the western inland. Esther is expected to enter north-west NSW during Wednesday, moving over the south-east of the state on Thursday, intensifying rainfall over parts of inland and south-east NSW as it crosses.

Localised higher totals are likely to be exacerbated by thunderstorms, which are most likely from Wednesday afternoon into Thursday.

Heavy rainfall over elevated parts of the warning area may result in localised landslips.

A Flood Watch is also current for the Murrumbidgee, Tumut, Queanbeyan and Bulubula Rivers, with Minor Flooding possible. In addition Flood Warnings are in place for river systems in the Upper Western, resulting from previous rainfall.

Conditions are expected to ease by Friday, as Ex-Tropical Cyclone Esther moves away over the Tasman Sea. 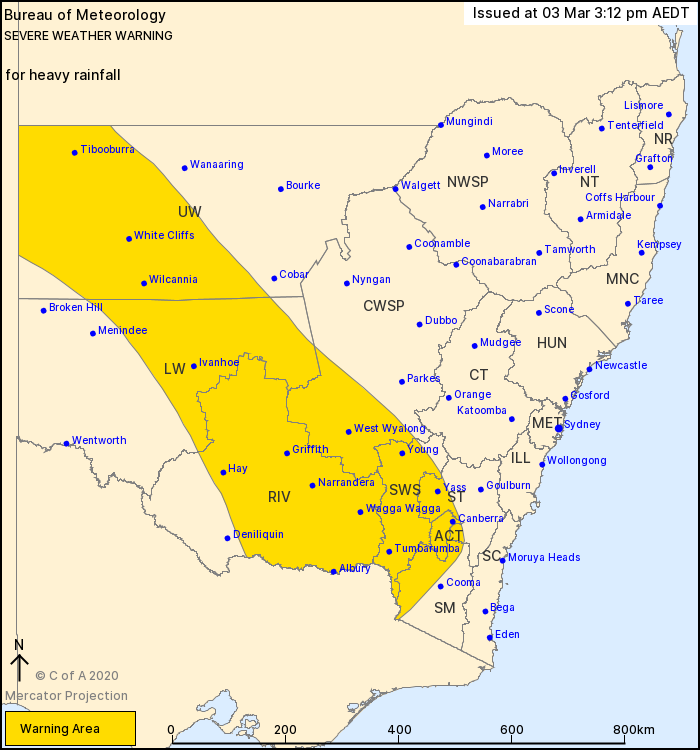