Weather Situation: A trough is moving north along the Northern Rivers coast enhancing shower activity with the chance of isolated thunderstorms.

HEAVY RAINFALL which may lead to FLASH FLOODING may develop in the next few hours.

Locations which may be affected include Byron Bay and Ballina.

Currently the radar/satellite indicates heavy rainfall may be occurring along the coast between Ballina and Byron Bay. 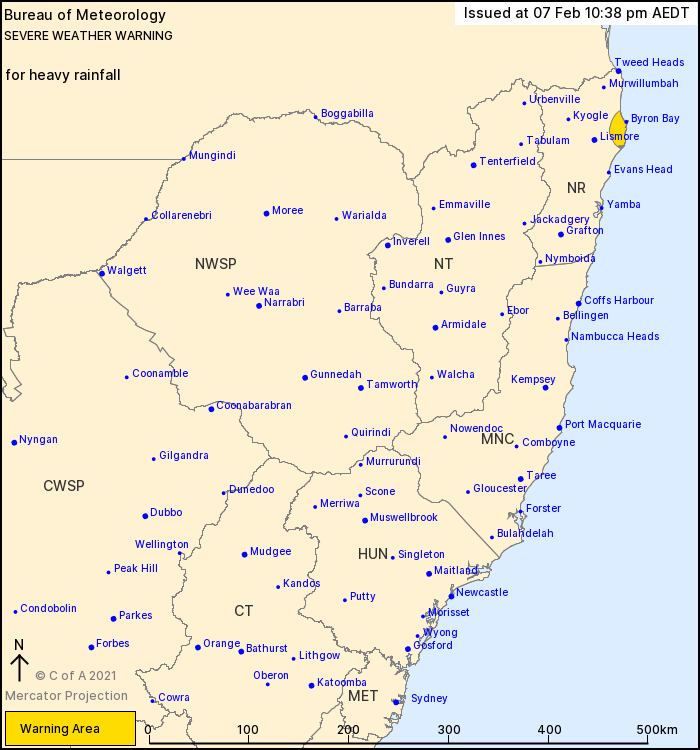