Many areas of the Carpentaria coast, Barkly and Victoria River are reasonably wet from rainfall during the wet season to date although most of this was from early season falls.

Widespread flooding of low lying areas and significant river rises are likely in the flood watch area from Sunday. Many roads, and possibly major highways are also expected to be affected into early next week. Some communities and homesteads may become isolated. 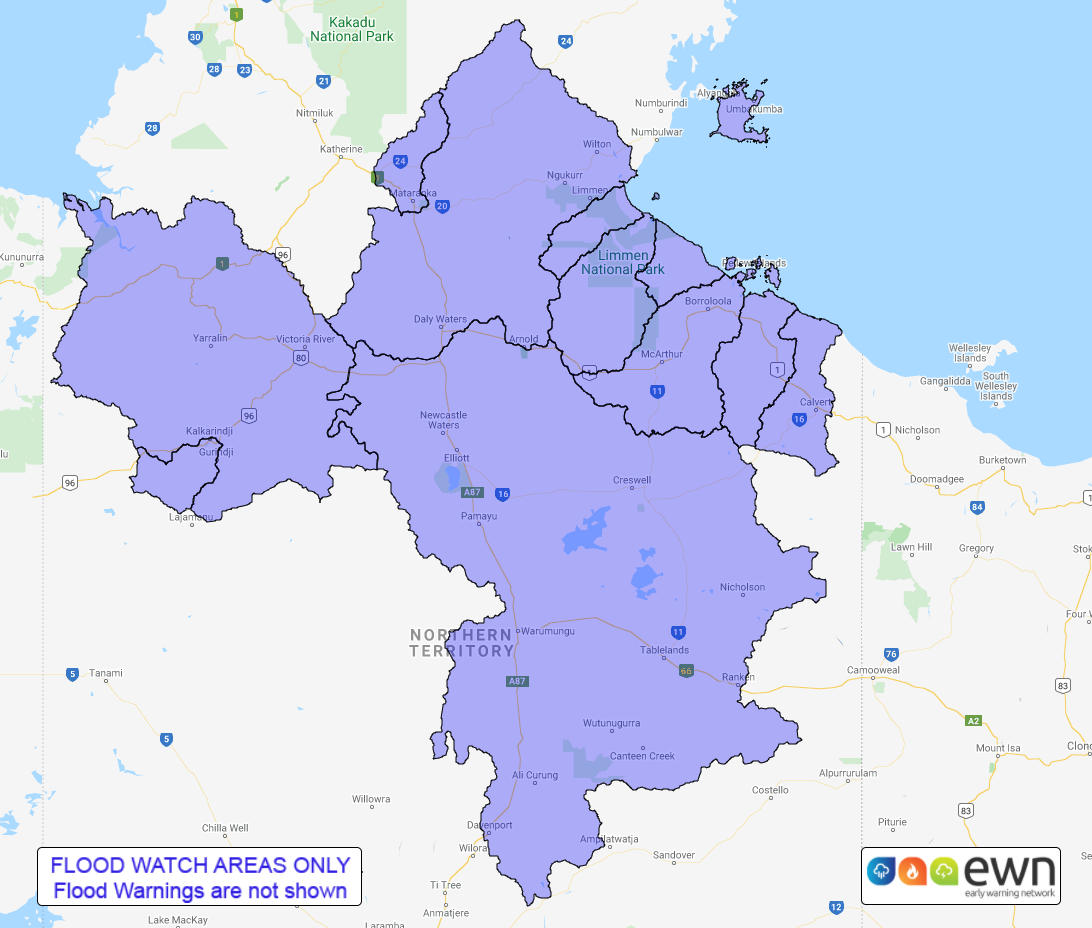