A weak tropical low is located within an active trough and is slowly moving west across the Top End.

Catchments in the North West Coastal Rivers are saturated and many creeks, streams and rivers are flowing strongly throughout. Rainfall totals of 150 -
220 mm have been recorded in many parts during the past week on top of good wet season totals to date.

Widespread rainfall totals of 50 - 100 mm are expected in the North West and Carpentaria Coastal Rivers in the next 24 hours into Sunday and widespread totals of 50 - 80 mm in the 24 period during Sunday into Monday. Possible heavy falls will continue into early next week with 20 - 60mm Monday into Tuesday with heavy falls not likely to ease until the middle of next week.

Many rises in rivers and streams have risen strongly in the past week and many roads have been affected throughout the flood watch area. Further rainfall over the next few days is expected to contribute to stream and river levels and further affect roads and may isolate or some communities and homesteads. 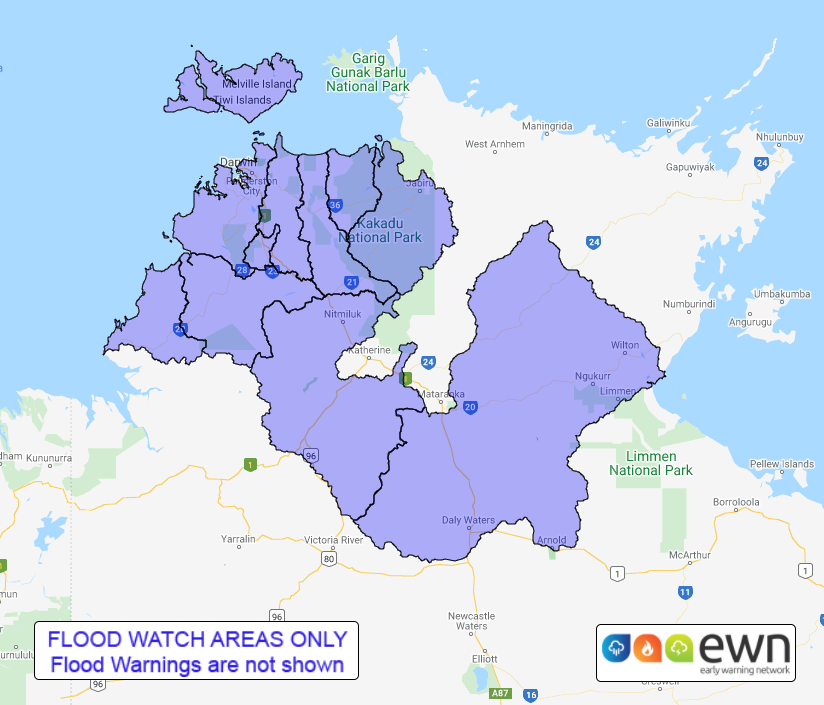