FLOODING TO CONTINUE IN MANY PARTS OF NORTH WEST COASTAL RIVERS, VICTORIA AND ROPER RIVERS

An active trough remains slow moving across the Top End. A weak tropical low located to the west of the Top End, in the Timor Sea..

Catchments across the Top End are saturated and many creeks, streams and rivers are flowing strongly throughout. Rainfall totals of 150 - 250 mm have been recorded in many parts flood watch area during the past week on top of good wet season totals to date.

Widespread rainfall totals of 40 - 60 mm are expected in the North West and Carpentaria Coastal Rivers in the next 24 hours. Isolated heavier falls to 100 mm may occur over the southern North West and Bonaparte Coastal Rivers later today and into Tuesday. Scattered falls of 20 - 40 mm with isolated heavier falls to 80 mm will continue on Wednesday. Heavy falls are expected to become more isolated as the week progresses, easing later in the week.

Many rivers and streams have risen strongly in the past week and many roads have been affected throughout the flood watch area. Further rainfall over the next few days is expected to contribute to continued stream and river levels and further affect roads and may isolate or some communities and homesteads.

A Minor Flood Warning is current for the Katherine River. 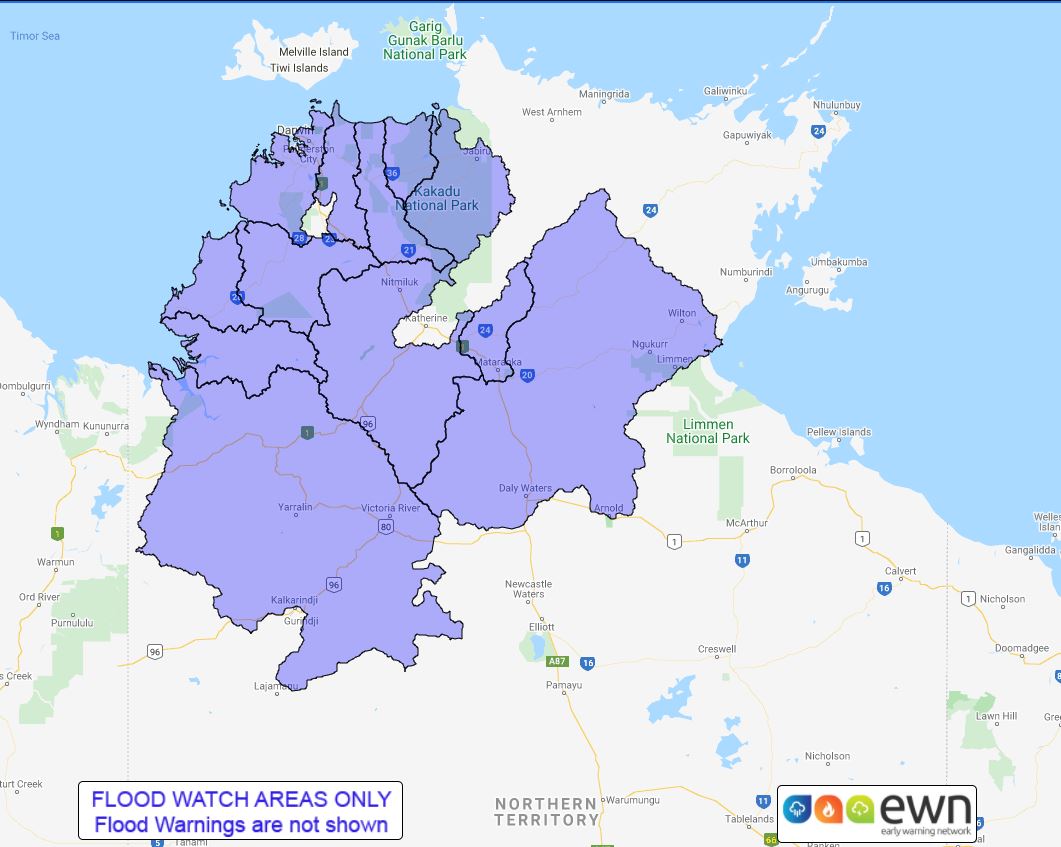