Ex-Tropical Cyclone Esther is expected to move into the northern Tanami District from the west as a deep tropical low later today.

Some parts of southern Northern Territory received rainfall earlier this season but most areas are very dry from below average rainfall to date.

Rainfall is expected to expected to increase in the MacDonnell Ranges and southern Barkly during Tuesday with 40 - 100 mm daily totals expected into Wednesday. Rainfall extends to the upper Georgina River and Simpson Desert during Wednesday with daily rainfall totals 20 - 80 mm expected in many areas.

Many roads including major transport routes in the flood watch area can be expected to be affected from Monday and become impassable with some communities and homesteads becoming isolated.

A flood warning is current for Sturt Creek District (WA).

Catchments likely to be affected include:
Tanami Desert

More information on the Flood Watch Service and maps of Flood Watch Areas are available at www.bom.gov.au/water/floods/floodWarningServices.shtml .
Flood Safety Advice:

The Northern Territory Emergency Service advises that people should: 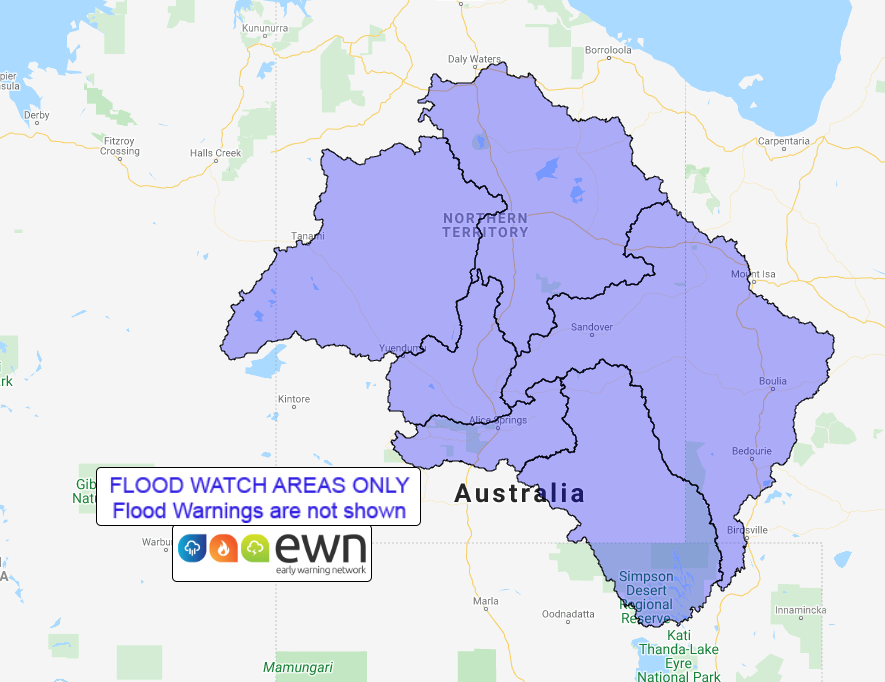