Ex-Tropical Cyclone Esther is located over the northern Tanami District as a deep tropical low and is expected to move south east across the southern Barkly to the Simpson District by tomorrow.

Widespread rainfall totals of 50 - 100 mm have been recorded throughout the northern Tanami Desert with isolated falls to 190 mm in places.

Rainfall is also expected to expected to increase in the MacDonnell Ranges and southern Barkly during today with 40 - 100 mm daily totals expected into tomorrow. Rainfall extends to the upper Georgina River and Simpson Desert during tomorrow with daily rainfall totals 20 - 80 mm expected in many areas.

Many roads including major transport routes in the flood watch area are expected to continue to be affected and become or remain impassable with some communities and homesteads becoming isolated.

A flood warning is current for Sturt Creek District (WA).

More information on the Flood Watch Service and maps of Flood Watch Areas are available at www.bom.gov.au/water/floods/floodWarningServices.shtml . 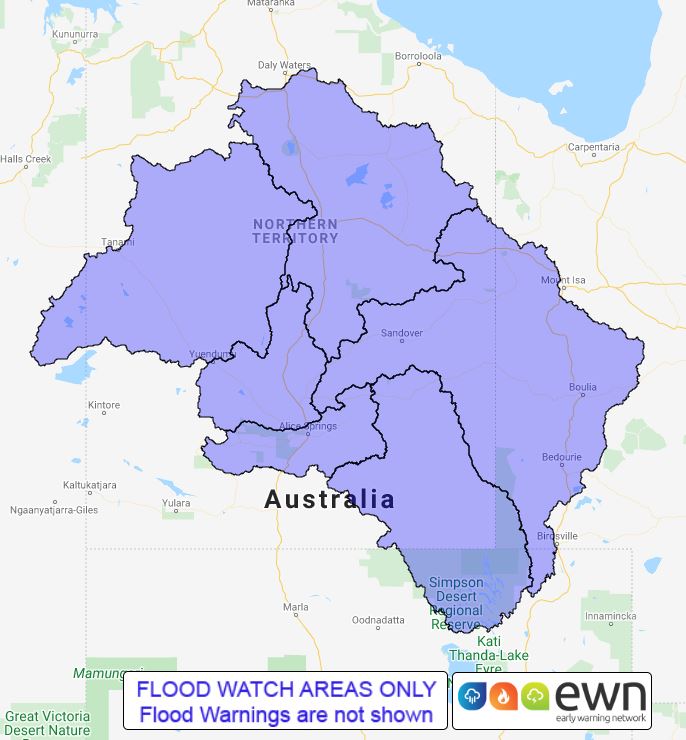