For people in parts of Barkly, Simpson and Tanami districts.

Weather Situation: Ex-Tropical Cyclone Esther currently located near Lajamanu and is moving southeast. It is expected to move across the northern Tanami District today and into the southwest Barkly District either later tonight or early on Wednesday morning.

Locations which may be affected include Tennant Creek, Lajamanu, Ali Curung, Arltunga, Ti Tree and Jervois.

Severe weather is no longer occurring in the Gregory district and the warning for this district is CANCELLED.
In the 24 hours to 9am on Tuesday 193mm was recorded at Suplejack, 96mm at Rabbit Flat and 72mm at Lajamanu. 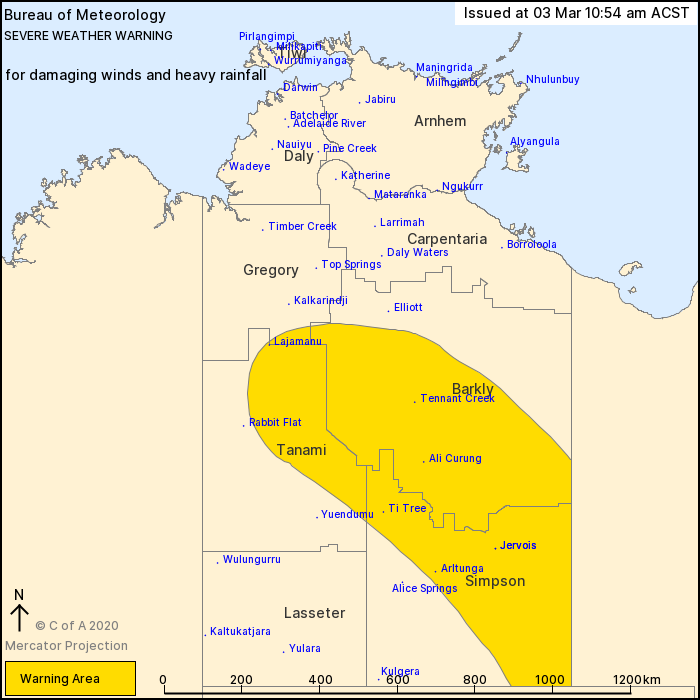