Weather Situation: Ex-Tropical Cyclone Esther is currently located near Tennant Creek and continues to move southeast. It is expected to move across the southern Barkly District and northeast Simpson District before moving into Queensland later in the day.

DAMAGING WINDS, averaging 40 to 60 km/h with peak gusts of around 90 km/h with thunderstorms are expected across the southeastern Barkly District becoming less likely later today.

HEAVY RAINFALL which may lead to FLASH FLOODING is expected over the southeast Barkly and eastern Simpson Districts this morning before easing later in the day as the low moves into Queensland.

Locations which may be affected include Jervois, Alpurrurulam and Simpson District east of Finke.

In the 24hrs to 9am this morning, Gemtree Park recorded 55mm and Jervois recorded 52mm. 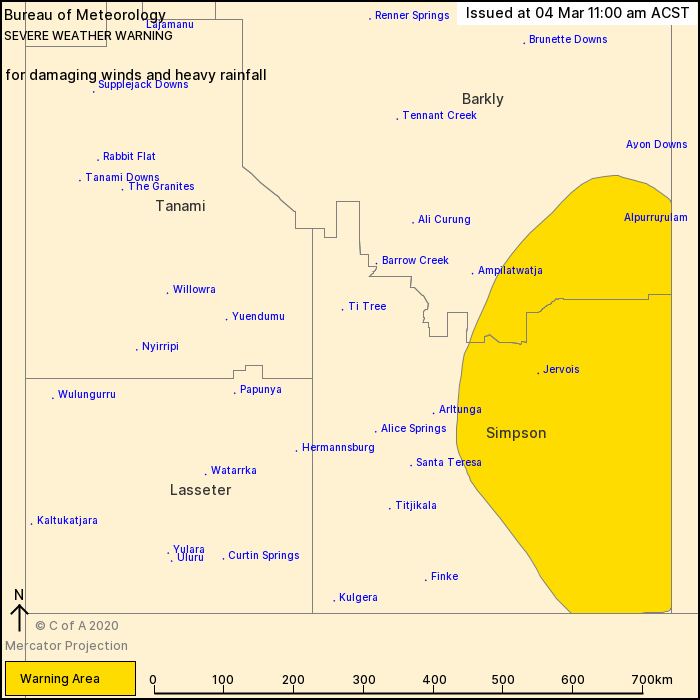