For people in parts of Daly and Gregory districts.

MONSOON TO BRING HEAVY RAIN TO THE WESTERN TOP END

HEAVY RAINFALL which may lead to FLASH FLOODING is expected to develop over parts of the southwestern Daly and northwestern Gregory Districts later today and on Wednesday.

Scattered 24 hour rainfall totals of 75-125mm are expected across the warning area, with heavier falls to 200mm possible.

Heavy rain is expected to continue in the region until Thursday.

24 hour rainfall totals to 9am on Tuesday: 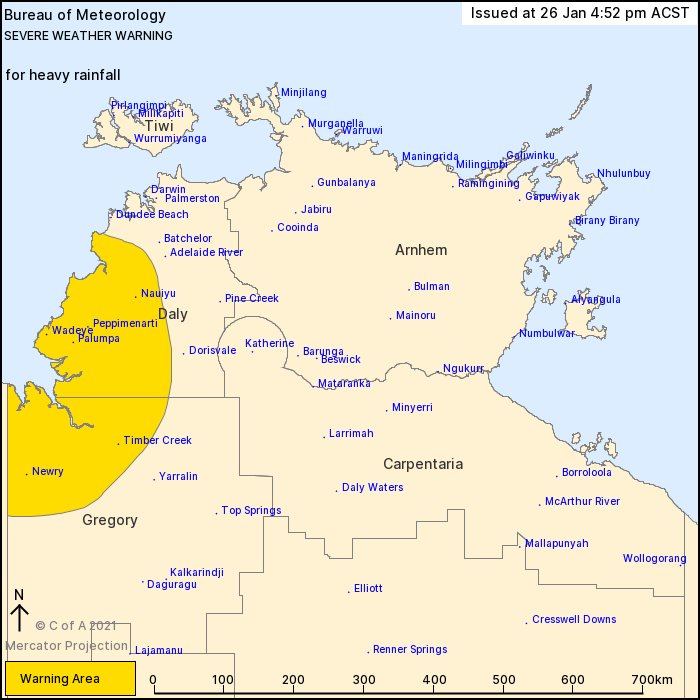