Flooding is possible from Friday across parts of the Flood Watch area.

A trough extends from the northwestern Coral Sea across northern Cape York Peninsula, and is likely to remain near stationary through the remainder of this week and during the weekend. Widespread showers, rain areas, and thunderstorms are likely to persist near and to the south of the trough for several days.

Catchments within the Flood Watch area have been receiving rainfall over recent days, with some rivers rising during Thursday afternoon.

There is potential for heavy rainfall and thunderstorms across northern parts of Cape York Peninsula and Torres Strait, with particularly very heavy rainfall to areas north of about Lockhart River and Weipa.

Localised flooding and disruption to transport routes is possible throughout the Flood Watch area, particularly in the areas of heaviest rainfall.

See www.bom.gov.au/qld/warnings to view the current flood and cyclone products for Queensland.
For more information on the Flood Watch Service:
http://www.bom.gov.au/water/floods/floodWarningServices.shtml

Flood Safety Advice:
This Flood Watch means that people living or working along rivers and creeks should monitor the latest weather forecasts and warnings.
Remember: If it's flooded, forget it.

For flood emergency assistance contact the SES on 132 500.
For life threatening emergencies, call Triple Zero (000) immediately.
Current emergency information is available at www.qld.gov.au/alerts.
This advice is also available by dialling 1300 659 219 at a low call cost of
27.5 cents, more from mobile, public and satellite phones.
Warning, rainfall and river information are available at www.bom.gov.au/qld/flood/ 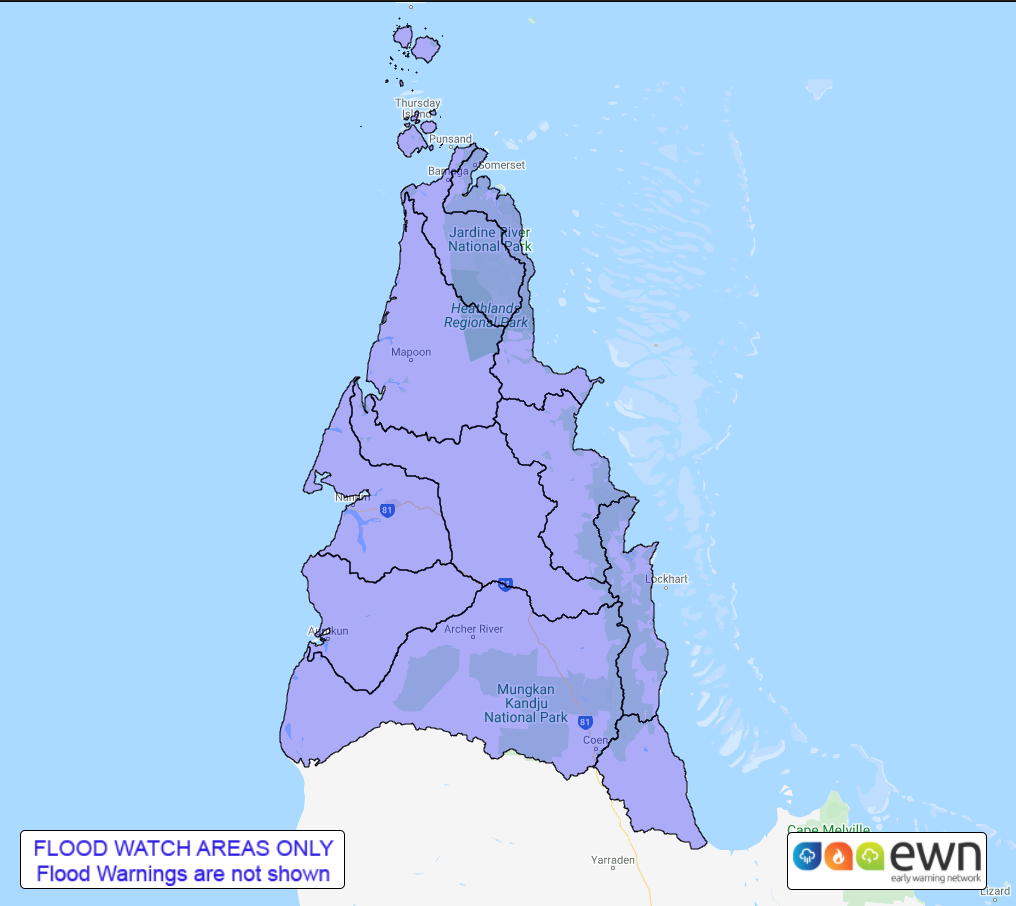