Further flooding is likely across parts of the Flood Watch area.

Heavy rainfall from shower and thunderstorm is expected in the Flood Watch area Wednesday and Thursday. Isolated daily rainfall totals of up to 150 mm are possible.

See www.bom.gov.au/qld/warnings to view the current flood warnings for Queensland. 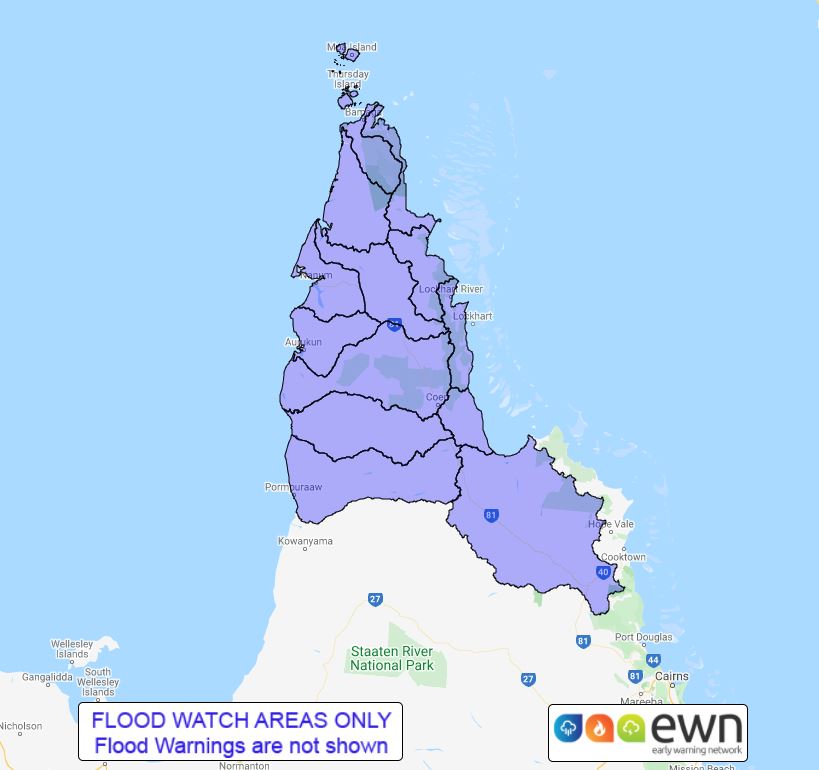