Flooding is likely across parts of the Flood Watch area from late Thursday.

Heavy rainfall associated with a deepening trough with embedded lows developing in the northern Coral Sea, will affect the Flood Watch area from late Thursday and into the weekend.

Heavy rainfall has fallen intermittently over the Flood Watch area over the last few days. In the 24 hours to 9am Wednesday, widespread rainfall between 50-130 mm has been recorded particularly along the coastal areas, with less rainfall recorded of less than 20 mm across the tablelands. Catchments are relatively wet and rivers will respond quickly to further rainfall.

Riverine flooding is likely within the Flood Watch area.

Localised flooding and disruption to transport routes are likely within the Flood Watch area over the next few days. 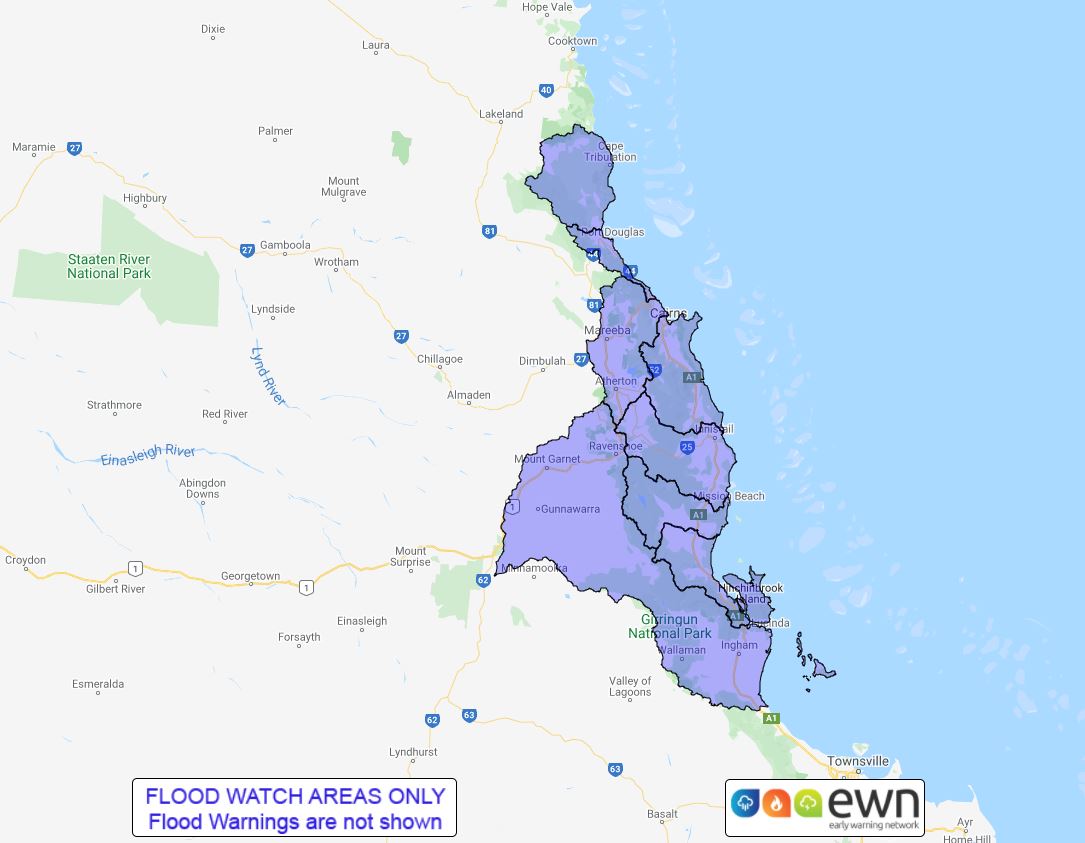