Issued at 1:11 am Thursday, 5 March 2020.
Severe thunderstorms capable of producing damaging winds and heavy rainfall are ongoing through North West and Central West districts, and developing over the western Gulf Country.

Severe thunderstorms are likely to produce damaging winds in the warning area over the next several hours. Locations which may be affected include Longreach, Winton, Cloncurry, Isisford, Richmond and Julia Creek.

Additionally, thunderstorm activity over northern parts of the North West district and the Gulf Country have the potential to produce heavy rainfall that may lead to flash flooding. 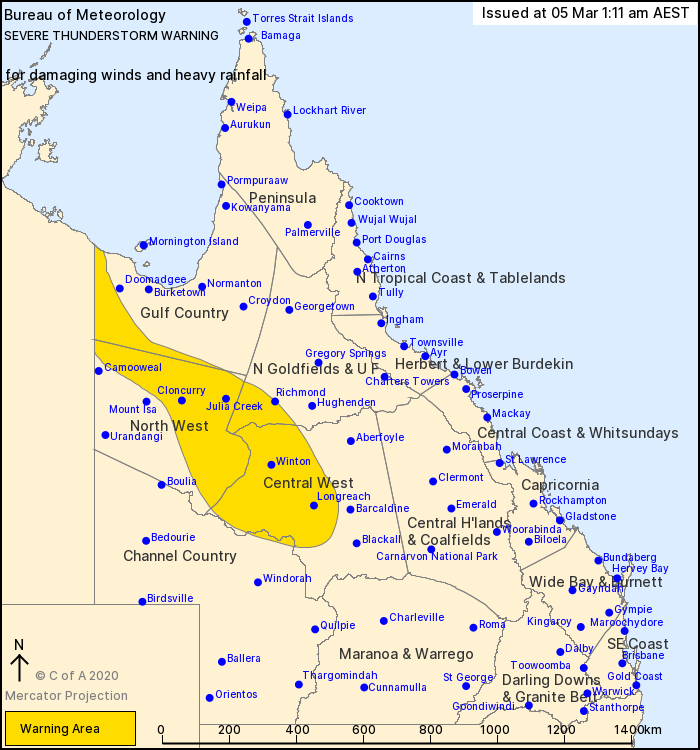