For people in North Tropical Coast and Tablelands, Herbert and Lower Burdekin, Central Coast and Whitsundays and parts of Peninsula, Northern Goldfields and Upper Flinders and Central Highlands and Coalfields Forecast Districts.

Weather Situation: Severe thunderstorms were detected on RADAR and satellite imagery over the tropical north, moving slowly northeast.
Severe thunderstorms are likely to produce heavy rainfall that may lead to flash flooding in the warning area over the next several hours. Locations which may be affected include Mackay, Proserpine, Charters Towers, Bowen, Collinsville and Mareeba.
71mm was recorded at Bilwon (near Kuranda) in the hour to 2:20pm
51mm was recorded at Whitefords (West of Mackay) in 30 minutes to 3:30pm
86mm was recorded at Bilyana (near Tully) in the hour to 3:30pm 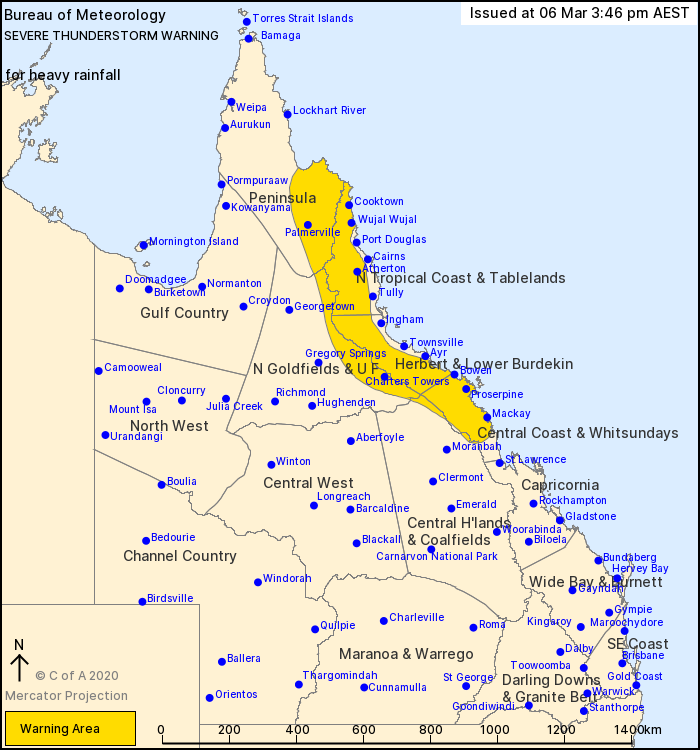