For people in parts of Central Highlands and Coalfields and Central West Forecast Districts.

Issued at 1:26 am Monday, 9 November 2020.
Severe thunderstorms are starting to ease through central through southern parts of the warning area, but remain stronger near Barcaldine and continues to move slowly northwards. 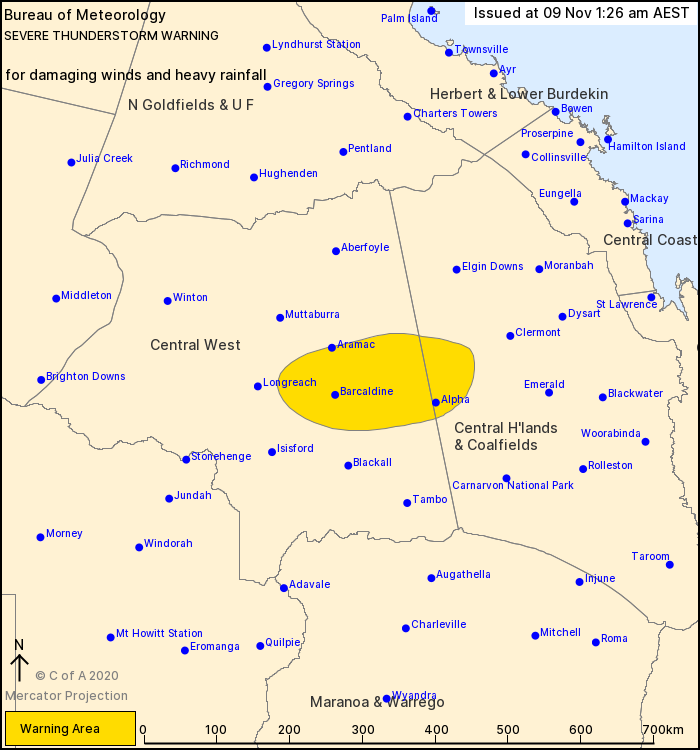