Issued at 5:50 pm Friday, 13 November 2020.
Heavy thunderstorms extending from the northwest to the eastern interior.

Severe thunderstorms with damaging winds and heavy rainfall that may lead to flash flooding are possible in the warning area over the next several hours. Locations which may be affected include Charters Towers, Blackwater, Moranbah, Julia Creek, Collinsville and Mount Morgan.

Severe thunderstorms are no longer occurring in the Southeast Coast district and the warning for this district is CANCELLED. 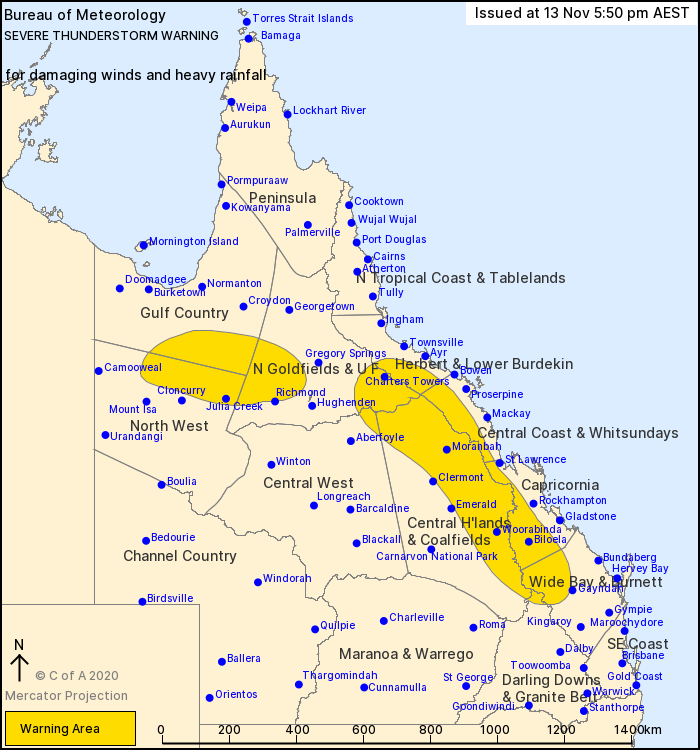