Weather Situation
Hot to very hot and dry ahead of a milder change. Fresh to strong and gusty north to northwesterly winds increasing to 40-50 km/h and possibly 55-60 km/h over the eastern slopes of the Mount Lofty Ranges. Winds turning west to southwesterly around 30-40 km/h behind the change. The wind change will move across central districts, including Adelaide around midday or early afternoon. Possible gusty thunderstorms over the south of the southern agricultural area. Areas of raised dust, mostly in the north.

Action your Bushfire Survival Plan now.
Monitor the fire and weather situation through your local radio station, www.cfs.sa.gov.au, and www.bom.gov.au.
Call 000 (Triple Zero) in an emergency.
For information on preparing for bushfires go to www.cfs.sa.gov.au. 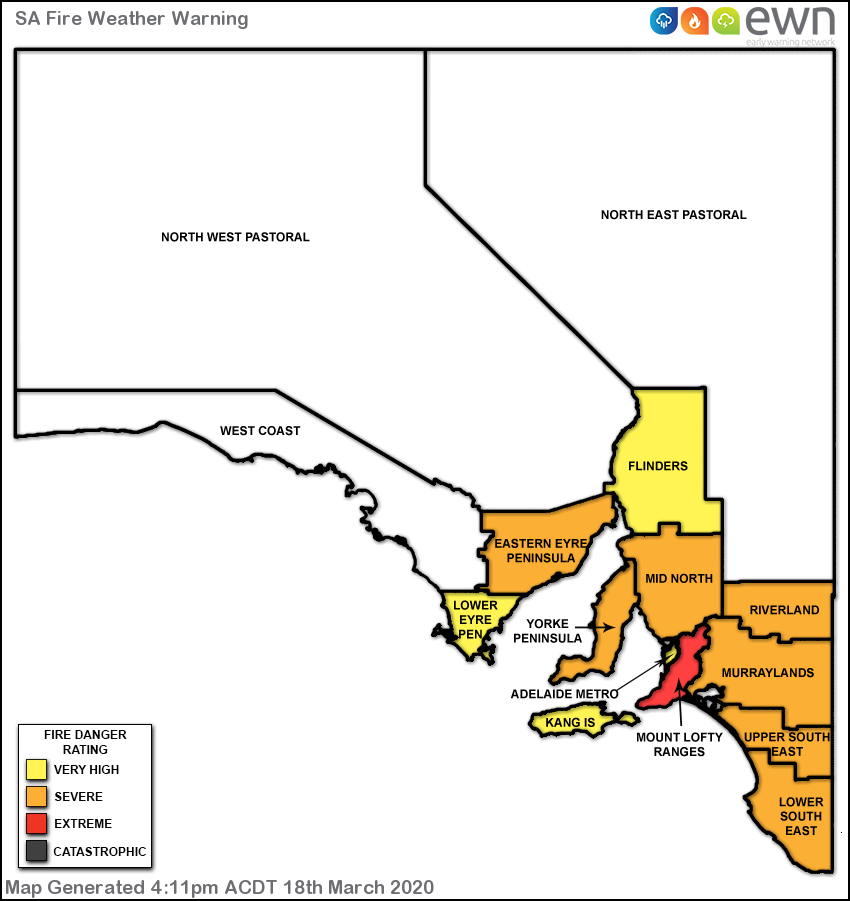