Weather Situation
Hot to very hot and windy. Northeast to northwesterly winds increasing during the morning to around 35 to 50 km/h ahead of milder, gusty southwesterly change crossing Eyre Peninsula in the middle of the day then central and eastern districts mid to late afternoon. Showers developing behind the change.

Action your Bushfire Survival Plan now.
Monitor the fire and weather situation through your local radio station, www.cfs.sa.gov.au, and www.bom.gov.au.
Call 000 (Triple Zero) in an emergency.
For information on preparing for bushfires go to www.cfs.sa.gov.au. 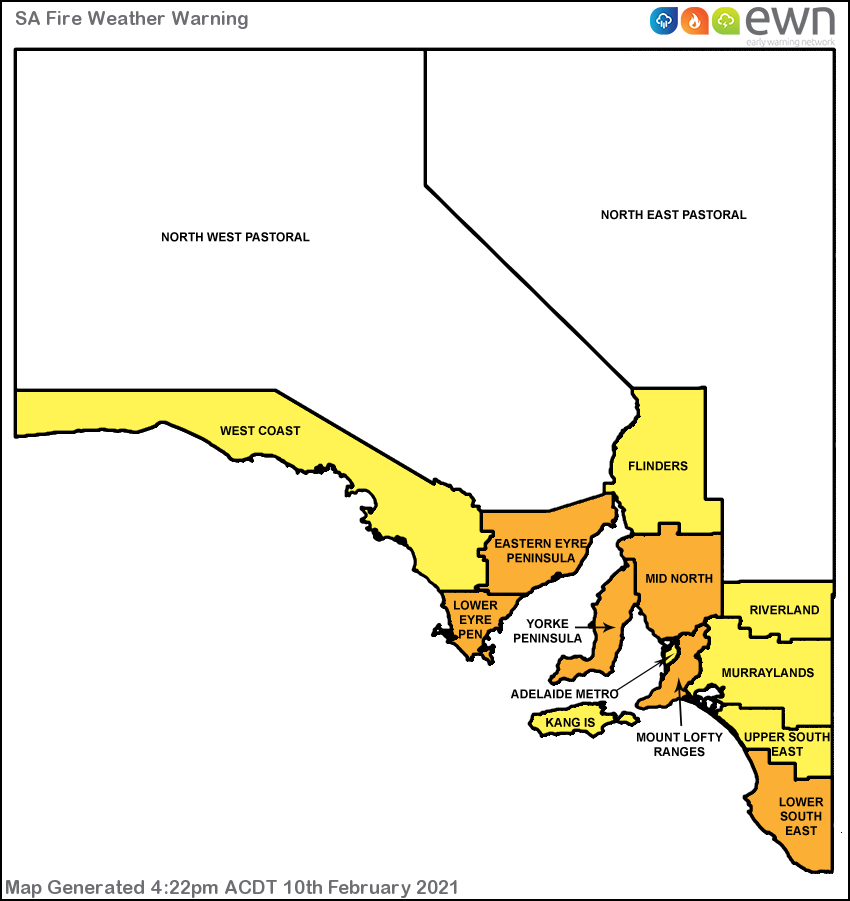