FLOODING IS POSSIBLE DURING MONDAY AND EARLY TUESDAY

A trough of low pressure located near Adelaide is moving in a north-easterly direction over central and northern parts of South Australia and will cross the SA eastern border early Tuesday.

Rainfall may cause ponding and overland flow, together with rises in local creeks and overbank flooding. Roads may be impacted.

For the latest SA Warnings refer to www.bom.gov.au/sa/warnings

For more information on the Flood Warning and Flood Watch Service: www.bom.gov.au/water/floods/floodWarningServices.shtml

For flood emergency assistance contact the State Emergency Service on 132 500. 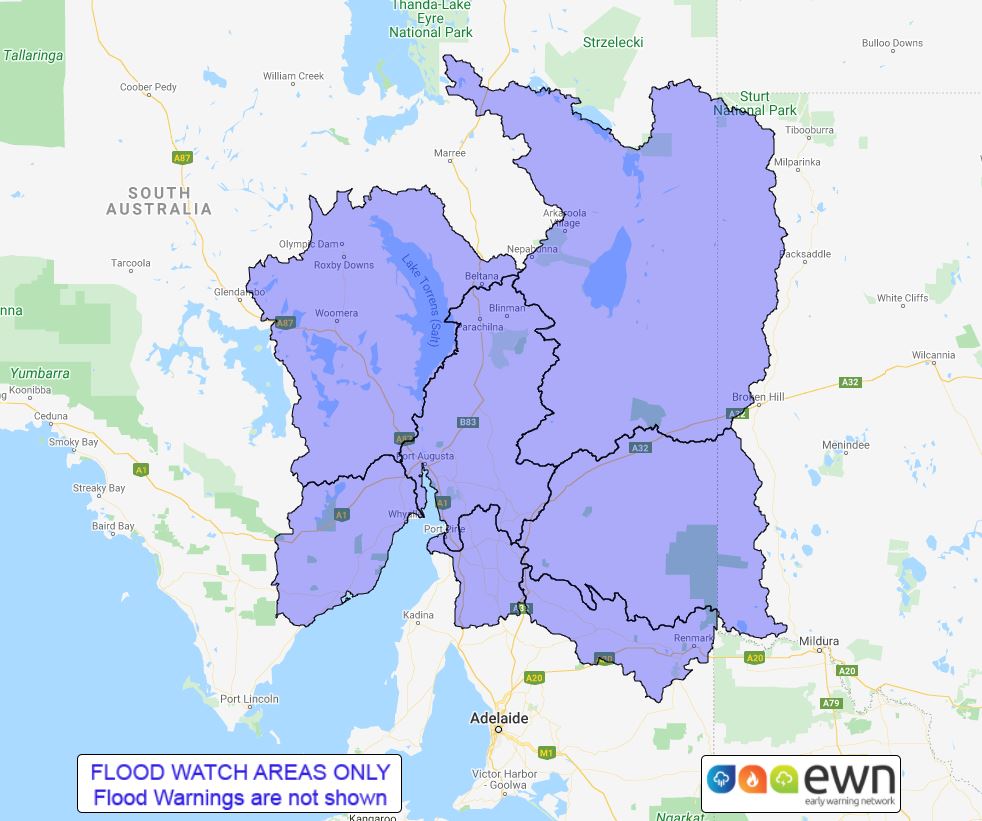