FLOODING IS POSSIBLE DURING MONDAY

Cumulative rainfall totals until midnight Thursday are expected to be 20 to 40 mm over the Flinders, south east of the North West Pastoral district, northern parts of Mid North and over parts of the northern agricultural area, with local falls of 40 to 80 mm possible. There remains to be uncertainty in the totals depending on the movement of a tropical system over South Australia during Monday.

Rainfall may cause ponding and overland flow, together with rises in local creeks and overbank flooding. Roads may be impacted causing disruption to travel and transport. Local communities may be cut off.

Catchments likely to be affected include:
Flinders Ranges Rivers and Creeks

For the latest SA Warnings refer to www.bom.gov.au/sa/warnings

For more information on the Flood Warning and Flood Watch Service: www.bom.gov.au/water/floods/floodWarningServices.shtml

For flood emergency assistance contact the State Emergency Service on 132 500. 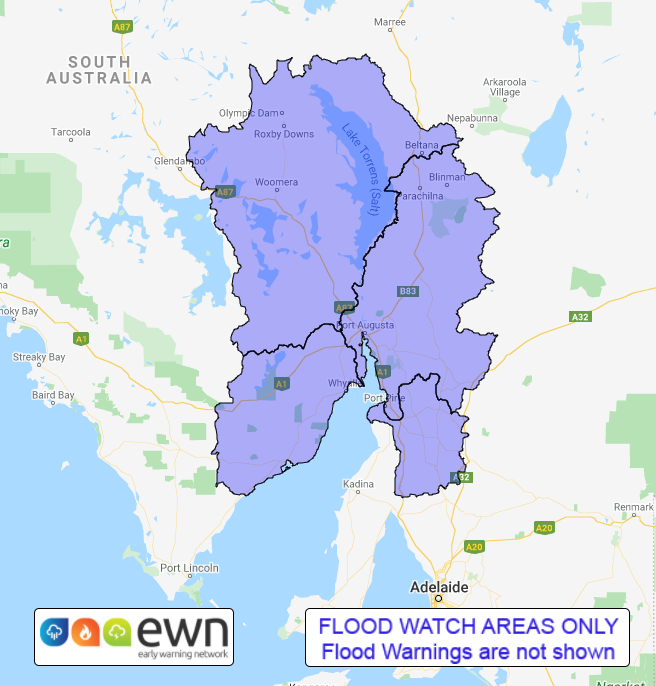