Severe thunderstorms are likely to produce damaging winds in the warning area over the next several hours. Locations which may be affected include Whyalla, Renmark, Mount Gambier, Port Augusta, Maitland, Murray Bridge, Kingscote, Naracoorte and Bordertown. 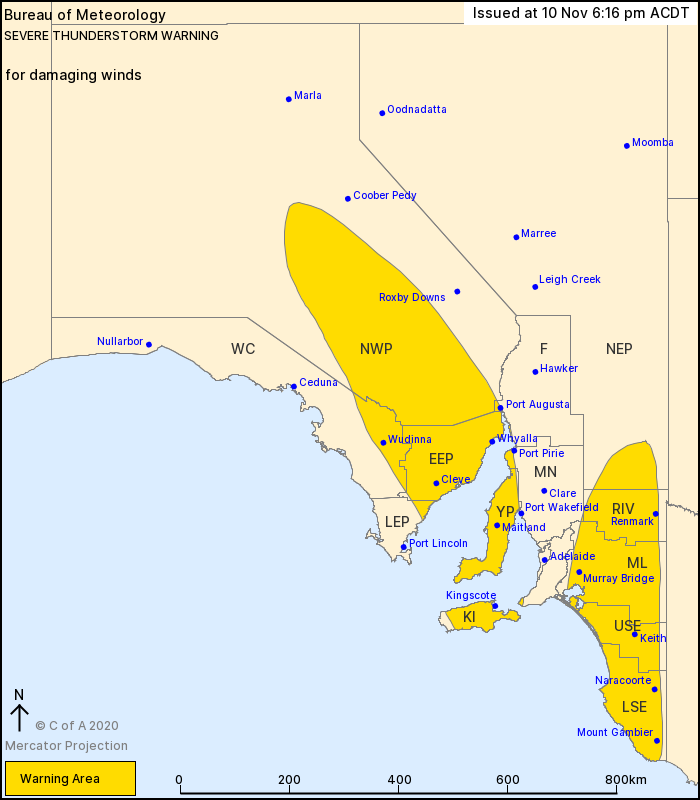