Severe thunderstorms are likely to produce damaging winds with gusts in excess of 90 km/h across the warning area over the next several hours. Locations which may be affected include Renmark, Ernabella, Oodnadatta, Marree, Arkaroola and Olary.

Severe thunderstorms are no longer occurring in the Flinders and Mid North districts and the warning for these districts is CANCELLED.

Gale force winds averaging 63 km/h with gusts to 87 km/h were recorded at Marree around 4:20 pm. 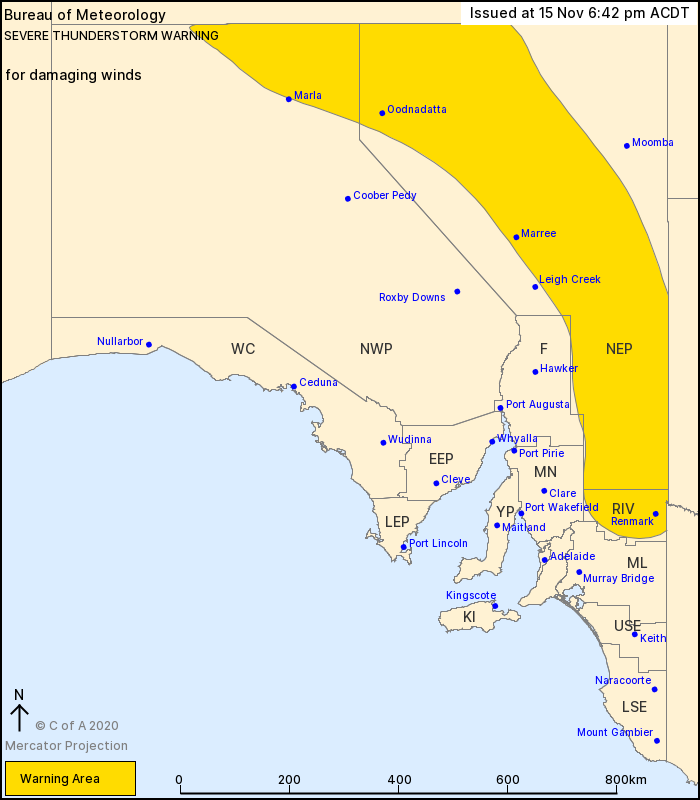