Severe thunderstorms are likely to produce damaging wind gusts in excess of 90 km/h in the warning area today, mostly during the afternoon and early evening.

Rain may be heavy at times, but due to the fast moving thunderstorms it is not expected to persist long enough to lead to flash flooding.

While thunderstorms are also occurring outside of this warning area, they are not expected to be severe. 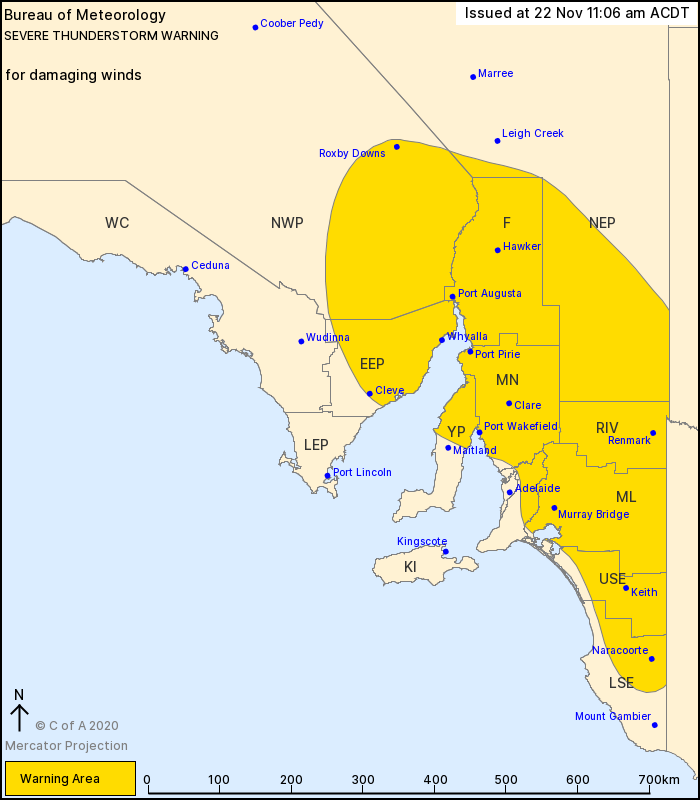