A deep low near Woomera is moving eastwards and will be near Broken Hill by late Friday evening.

Severe thunderstorms are likely to produce heavy rainfall that may lead to flash flooding and damaging wind gusts in excess of 90 km/h in the warning area over the next several hours. Large hailstones are possible in the North East Pastoral east of about Leigh Creek and the north of the Flinders district from about mid afternoon. Locations which may be affected include Whyalla, Port Pirie, Clare, Roxby Downs, Leigh Creek and Moomba.

The State Emergency Service advises that people should:
* Secure or put away loose items around your property.
* Move cars under cover or away from trees.
* Keep clear of fallen power lines.
* Don't drive, ride or walk through flood water.
* Keep clear of creeks and storm drains.
* Stay indoors, away from windows, while storms are nearby. 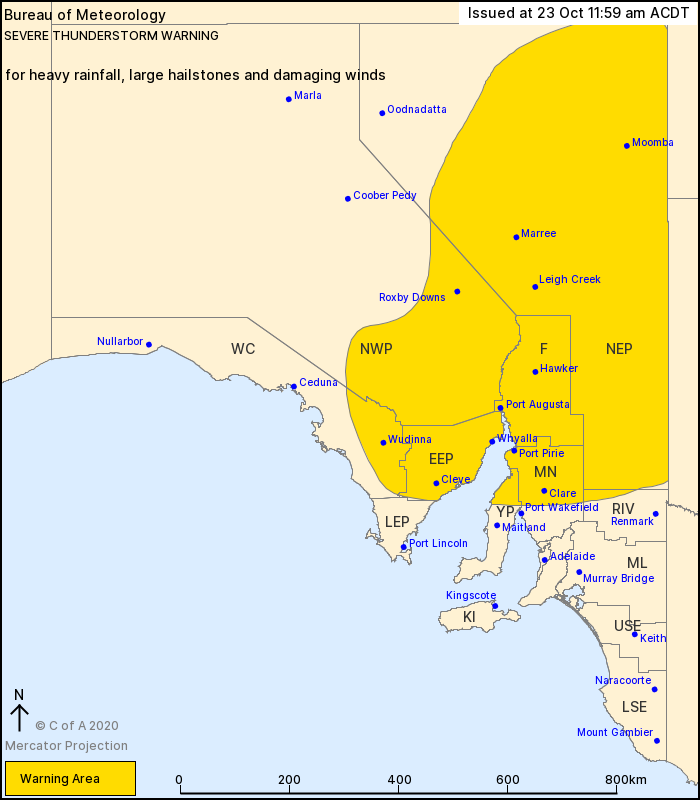