Strong cold front to move over the south today

A strong and fast moving cold front will move over the south of the State today, reaching Lower Eyre Peninsula and western Kangaroo Island around midday, then move east to reach the Adelaide from mid afternoon and eastern border districts during the evening. Squally showers and thunderstorms are expected with and following the front.

Damaging wind gusts in excess of 90 km/h associated with showers and thunderstorms, are forecast in the warning area near and following the passage of the cold front today. 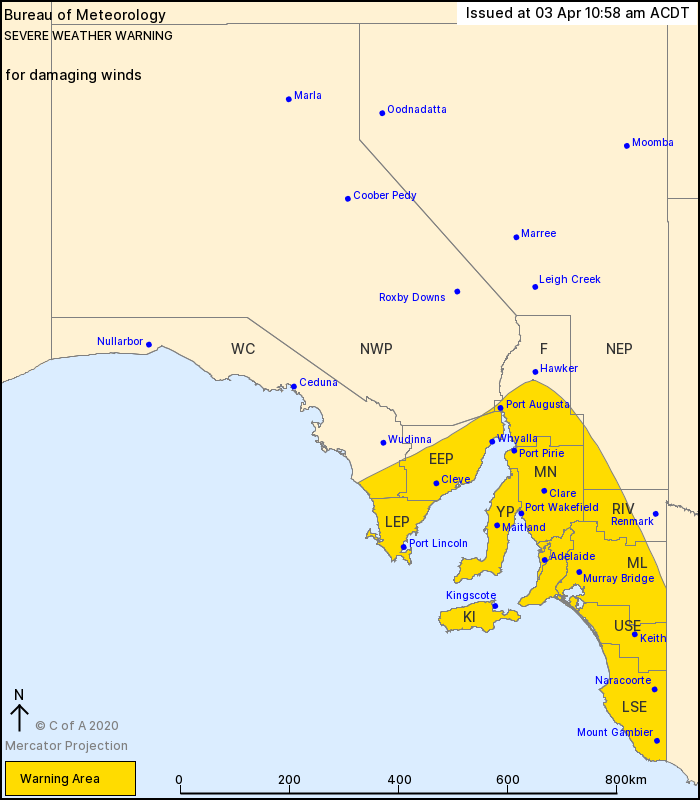