Hot and windy ahead of a gusty southwesterly cooler change over western Eyre Peninsula extending eastwards, reaching Yorke Peninsula and Eastern Eyre Peninsula during this evening, and the Mid North and Mount Lofty Ranges districts around midnight or in the early hours of Wednesday morning.

Winds averaging 50-65 km/h with gusts of 90-100 km/h are expected near and following the change, before easing several hours behind the change.

Gusty, possibly severe thunderstorms are also expected across parts of the warning area and further to the east. 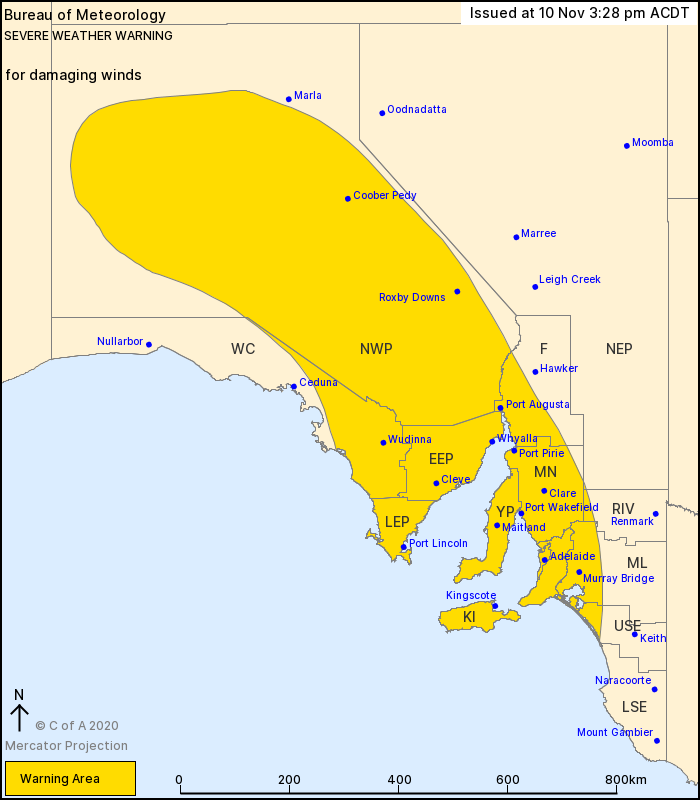