For people in parts of North East Pastoral district.

Areas of heavy rain are expected in the warning area during today, leading to flash flooding. Rainfall amounts of 15 to 50 mm are forecast, with some higher falls of 50 to 100 mm. Isolated falls of 100 to 150 mm are possible in the far northeast corner.

The rain is expected to contract away to the east early on Thursday.

Locations which may be affected include Moomba, Innamincka, the Simpson Desert Conservation Park and the Strzelecki Track south of Moomba.

A Flood Watch is also current for this area and there are Flood Warnings in place in Queensland for flows in rivers of the Lake Eyre Basin resulting from previous rainfall.

So far with this system (up to 11 am), 21 mm has been recorded at Moomba and 81 mm at Birdsville. Just over the border in northwestern NSW, 120 mm was recorded at Fowlers Gap.

The State Emergency Service advises that people should:
* Don't drive, ride or walk through flood water;
* Keep clear of creeks and storm drains;
* Stay indoors, away from windows, while conditions are severe. 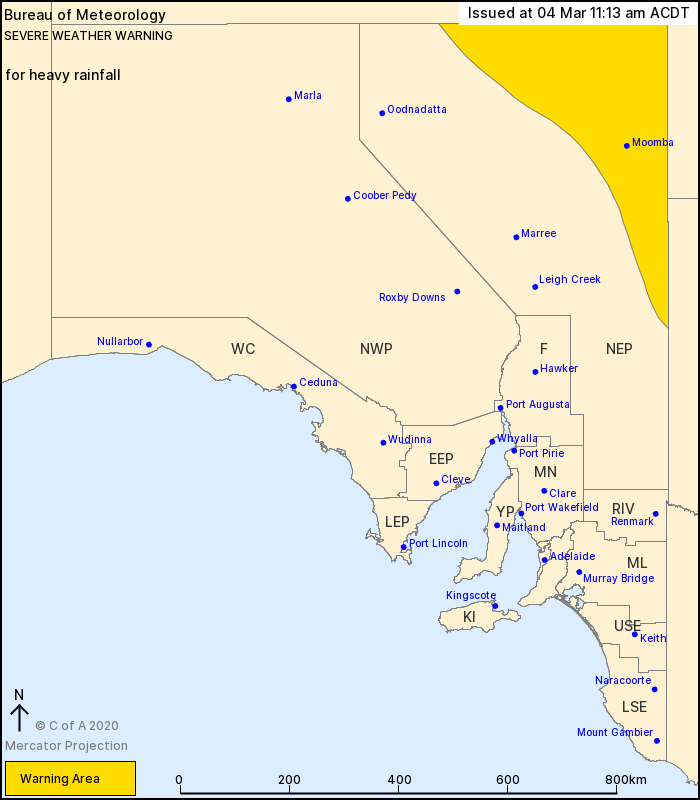