Note: This Flood Watch is a "heads up" for possible future flooding and is NOT a Flood Warning.
Initial Flood Watch for North East and East Coast catchments

Minor to moderate flooding is possible at some locations in the North East catchments from Thursday afternoon.

A low will pass to the east of Tasmania during Thursday bringing possibly heavy rainfall, starting in the early hours and easing in the evening. Showers are expected during Friday.

Catchments in the flood watch area are relatively dry to very dry.

Widespread rainfall totals of 60-80 mm are possible about the north east during Thursday, with isolated falls up to 100 mm over elevated locations, and 30-50 mm about the remainder of the East Coast. Rainfall totals will depend on the position of the low.

River rises are likely in North East and East Coastal catchments during Thursday with the forecast rainfall. Minor to moderate flooding is possible at some locations from Thursday afternoon.

Localised flooding is possible in areas that receive heavy rainfall.

Catchment specific warnings will be issued if and when required.

Catchments likely to be affected include:
North Esk River 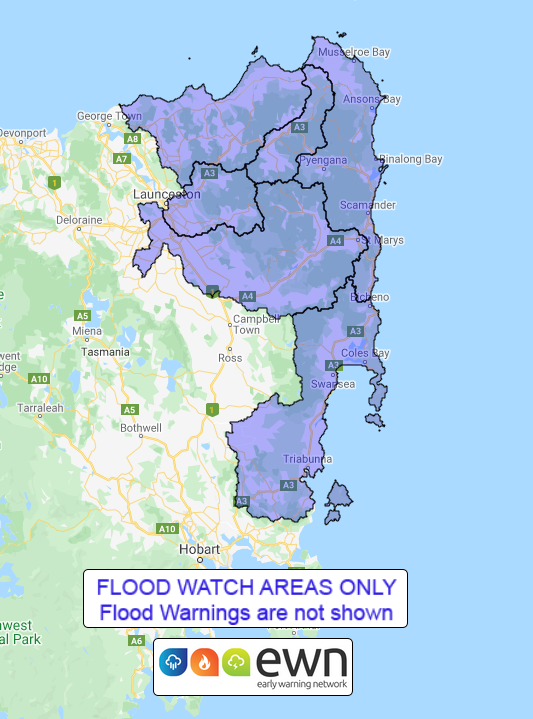