A complex low pressure system will develop to the northwest of Tasmania and bring a band of tropical moisture over Tasmania during Friday and early Saturday. Isolated thunderstorms are likely within this rain band and provide further risk of intense rainfall.

Catchments in the northwest and northeast are relatively wet from recent rainfall.

From midday Friday to midday Saturday widespread rainfall totals of 40-80 mm are forecast in the north of Tasmania, with isolated falls of 100-200 mm possible about elevated parts, including the Western Tiers and Northeast highlands. 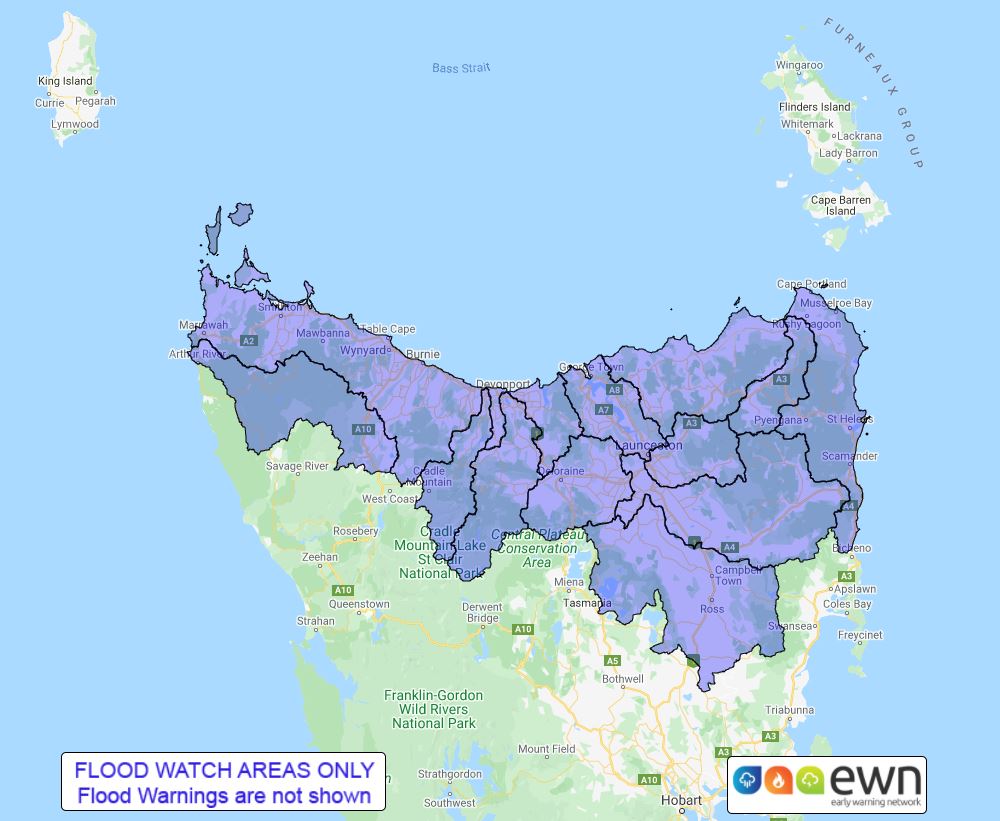