Weather Situation:
A low pressure system currently over South Australia is expected to deepen through Friday while moving southeastwards, extending a trough over Victoria Friday evening with the low to then pass just north of the state on Saturday morning.

Isolated showers and thunderstorms with HEAVY RAINFALL which may lead to FLASH FLOODING are occurring across northern and central Victoria.

Showers expected to increase to widespread HEAVY RAINFALL which may lead to FLASH FLOODING about central Victoria and the eastern highlands during Friday evening, extending to the Mallee and Gippsland early Saturday morning.

An Flood Watch is current for North East Victoria, and parts of Central Victoria and Gippsland.

A Minor Flood Warning is current for the Kiewa River.

Locations which may be affected include Bendigo, Shepparton, Seymour, Castlemaine, Kyneton, Wangaratta and outer Melbourne metro. 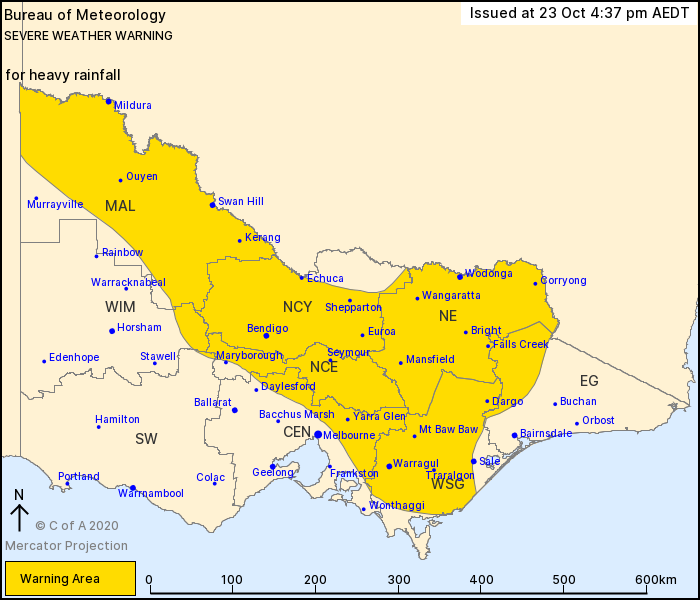