Locations which may be affected include Ballarat, Geelong, Melbourne, Traralgon, Moe and Bairnsdale.

In the hour to 6am, Moorabbin recorded 27mm of rain. 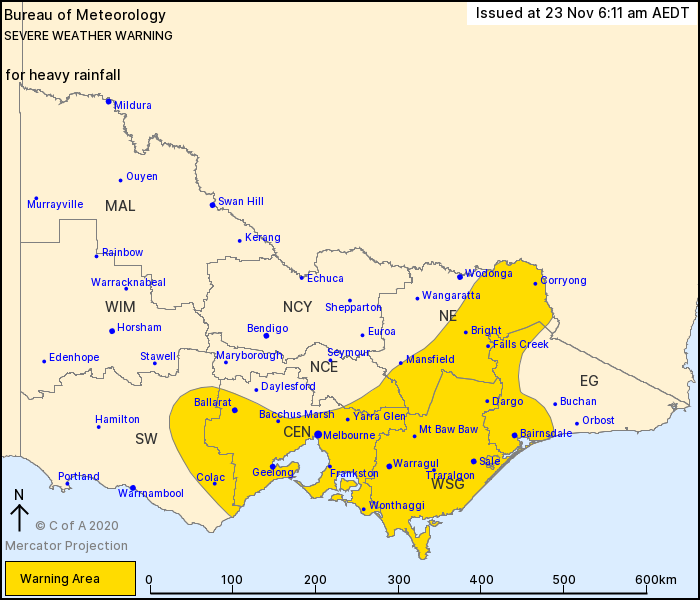