Heavy rainfall continuing in the east of Victoria this morning.

Areas of HEAVY RAINFALL which may lead to FLASH FLOODING have affected southern Victoria overnight and this morning. HEAVY RAINFALL is now moving into Gippsland and will extend to the eastern ranges this morning. Further rainfall totals up to 50-60mm are possible in the east. HEAVY RAINFALL associated with thunderstorms may also affect parts of the North East this morning. Rainfall will clear central parts during this morning and the east later this afternoon.

Locations which may be affected include Shepparton, Wodonga, Wangaratta, Traralgon, Moe and Bairnsdale.

Severe weather is no longer occurring in the South West district and the warning for this district is CANCELLED.

Since 9am Sunday morning highest rainfall totals have included 73mm at Bunyip River, 63mm at Moorabbin Airport and 62mm at Ferny Creek and Narre Warren.

Moorabbin Airport recorded 44mm in 3 hours this morning which is around a 1 in 10 year rainfall amount. 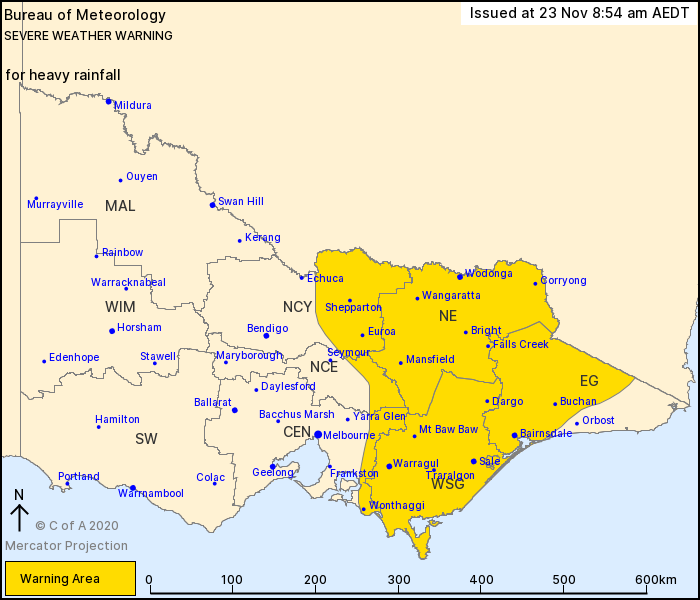