A low pressure trough over central Victoria will deepen during Wednesday as ex TC "Esther" moves from the Northern Territory towards the Queensland/New South Wales border.
HEAVY RAINFALL which may lead to FLASH FLOODING may develop over northeastern Victoria during Wednesday, mainly during the afternoon and evening. Wednesday rainfall totals in the warning areas are likely to be between 20 and 60mm with locally higher totals possible.

The rain is likely to continue into Thursday and the warning area could be extended to other central and eastern districts.

Locations which may be affected include Shepparton, Wodonga, Wangaratta, Corryong, Bright and Falls Creek. 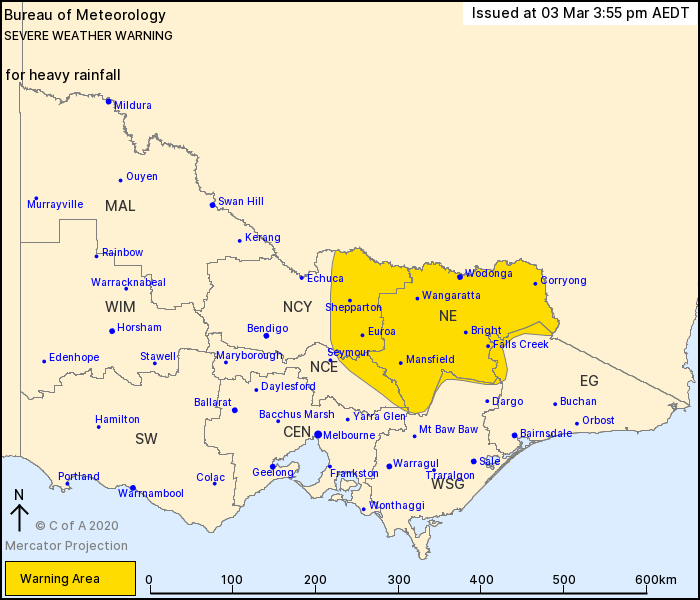