This Flood Watch provides early advice of possible flooding within the specified catchments.
Flood Watch for the De Grey, Salt Lakes District and Warburton District Rivers and the Western Desert

FLOODING POSSIBLE ACROSS THE INTERIOR DISTRICTS DURING SATURDAY AND SUNDAY

A tropical low is located well inland near Telfer and moving in a southeasterly direction. The low is producing areas of heavy rainfall in advance of the low's centre. The low is expected to move over the Interior Districts during the weekend.

Daily rainfall totals of 25 to 50 mm with isolated falls to 100 mm possible. The heaviest rain will be well to the southeast of the low.

Heavy rainfall is expected to extend further southeast, towards the border on Sunday.

Flooding is occurring in the Upper De Grey catchment around Ripon Hills.

The forecast rainfall may cause areas of flooding across the Western Desert in Western Australia, Warburton District and Salt Lakes District Rivers from Sunday into Monday.

Heavy rainfall will impact secondary roads and may cause remote communities to become isolated.

Catchments likely to be affected include:
De Grey River

Flood Warning has been issued for the Sandy Desert. 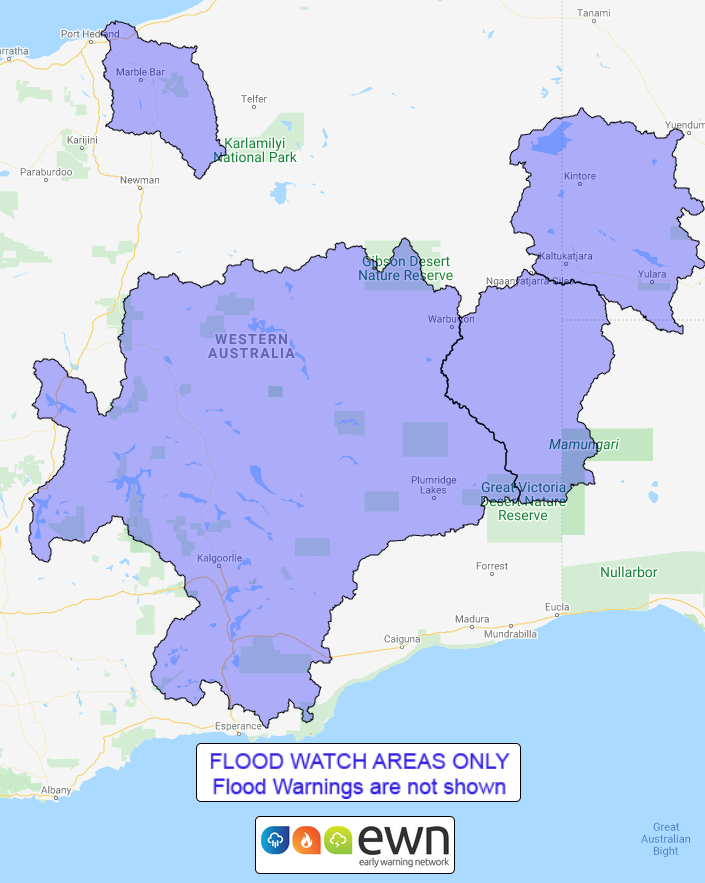