FLOODING POSSIBLE ACROSS THE PILBARA AND SANDY DESERT

A tropical low is tracking west southwest just inland from the West Pilbara coast. Rainfall from the low has caused stream rises, areas of flooding and a number road closures. The system is forecast to move off the north west coast on Wednesday. The low is expected to produce heavy rainfall over coastal parts of the Pilbara for the remainder of Tuesday and persist Wednesday.

In the 24 hours to 9am Tuesday, rainfall totals up to 110 mm have been recorded across the flood watch area.

Rainfall forecast totals for Tuesday into Wednesday will range from 50 to 100 mm with isolated totals up to 200 mm per day in Pilbara Coastal areas west of Karratha through to Coral Bay including Exmouth.

Heavy rainfall is expected to cause significant flooding in the flood watch area. Secondary roads are likely to be disrupted and some communities and localities are likely to become isolated by road. 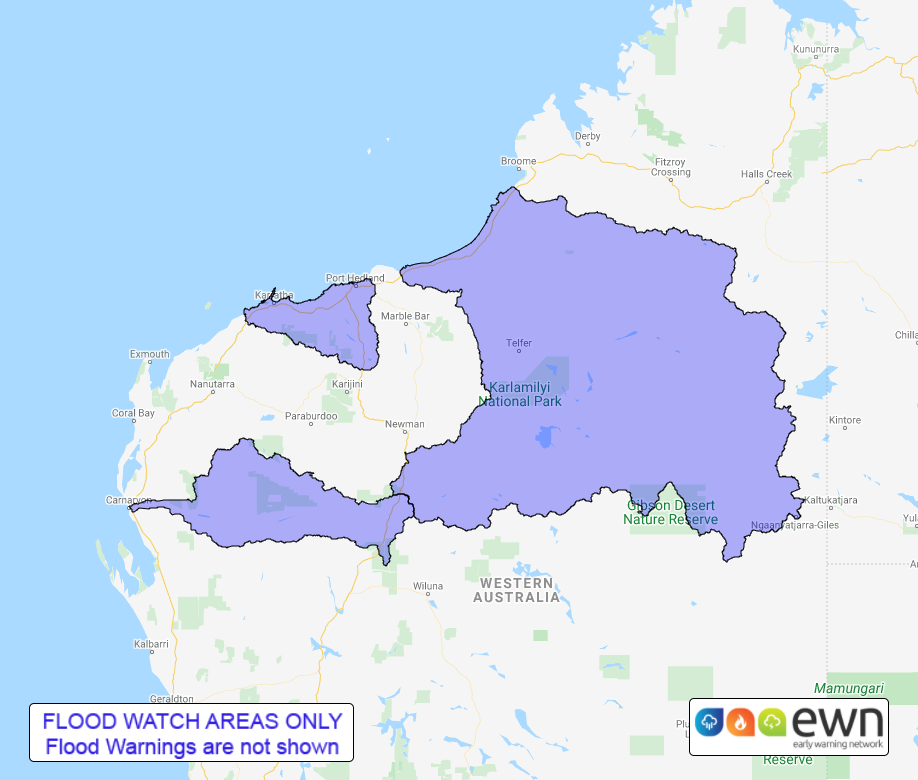