Weather Situation:
A trough has produced a line of thunderstorms through eastern parts of the South West Land Division which is expected to continue into the evening. This area will continue to move eastwards and should weaken during late Tuesday evening.

Severe thunderstorms are likely to produce damaging winds, large hailstones and heavy rainfall that may lead to flash flooding in the warning area over the next several hours. Locations which may be affected include Esperance, Koolyanobbing, Paynes Find, Salmon Gums and Southern Cross.

At 5:30pm, radar and satellite imagery showed potentially severe thunderstorms between Southern Cross and Kalgoorlie, moving towards the southeast.

The overall weather pattern is not unusual for this time of year but severe weather may occur in some parts of the warning area. 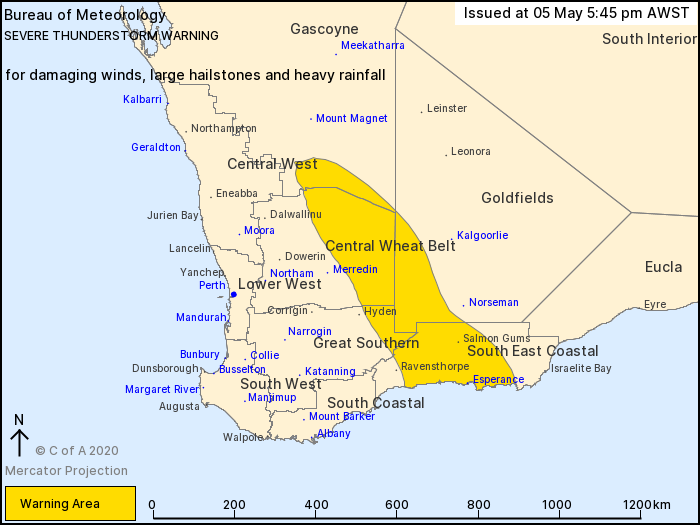