Issued at 9:22 am Monday, 2 November 2020.
Severe thunderstorms possible in the eastern Central Wheatbelt and southern Goldfields this morning.

Weather Situation:
A complex low pressure system passing over the South West Land Division is causing an area of thunderstorms in central parts of the state this morning.
Some of these thunderstorms may be severe and could cause DAMAGING WINDS, HEAVY
RAINFALL which may lead to FLASH FLOODING and LARGE HAILSTONES in the warning area during Monday. The thunderstorms are expected to move to the south southeast and the affected area will gradually move south and east during the day.

Locations which may be affected include Kalgoorlie, Norseman, Kambalda, Menzies and Salmon Gums.

The overall weather pattern is not unusual for this time of year but severe weather may occur in some parts of the warning area. 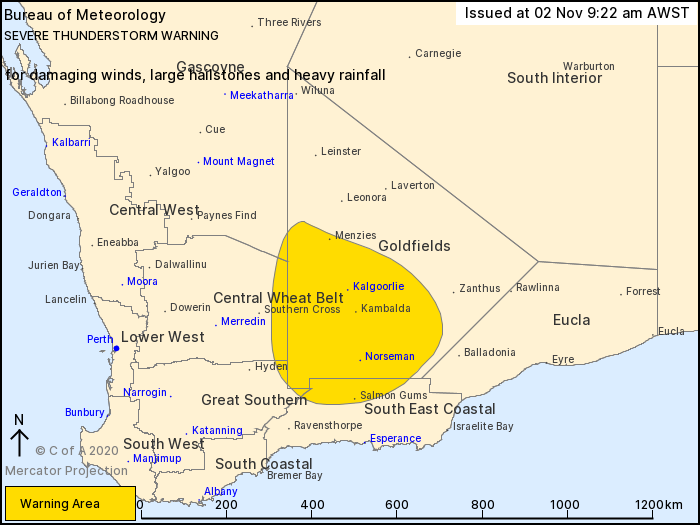