Weather Situation: At 8:40 pm WST radar imagery showed areas of active thunderstorms through the southern Central West, southern Gascoyne, Central Wheat Belt and the Lower West, moving towards the south.
Severe thunderstorms are likely to produce heavy rainfall that may lead to flash flooding, damaging winds and large hailstones in the warning area over the next several hours. Locations which may be affected include Merredin, Moora, Narrogin, Northam, Perth, Pingelly, Southern Cross, Wongan Hills and Yanchep.
Since 9:00 am Wednesday morning the following rainfall totals have been recorded:
- Eneabba: 112mm
- Northam: 61.8mm
- Muresk: 60.8mm
- Yuna: 55.4mm 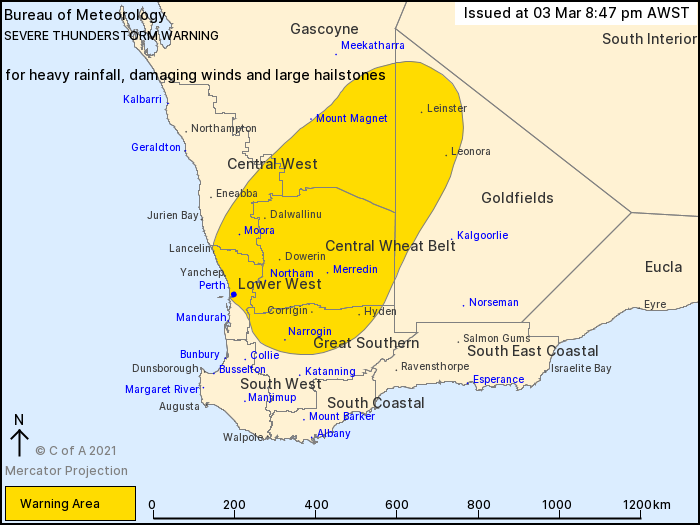