After a dry and warm start to spring, afternoon showers and storms were a welcome relief for many locations during Tuesday afternoon across eastern NSW and southern QLD.

Scattered, tending widespread showers and storms developed across inland NSW and QLD during the early afternoon, before quickly moving east. Whilst it a was welcome sight for parched farmers and bushfire ravaged locations, it was not enough to extinguish any fires with dry lightning causing further headaches.

The bulk of the action has been centred across central NSW, with widespread falls of 30-70mm over the last 24hrs, with some locations receiving their best rainfall totals for over 12 months.

Careys Peak in the Barrington Tops picked up a whopping 143mm in the 24hrs to 9am this morning, Terry Hills scored 85mm, Gosford 75mm, Richmond 56mm, Wallsend Bowling Club 61mm.

Terrigal, in the southern Hunter region, also recorded a stunning waterspout very close to the coast this morning. This type of phenomena can regularly occur within east coast low events.

The low responsible for the fantastic falls, will slowly dissipate today with an easing trend expected this afternoon and into Thursday. 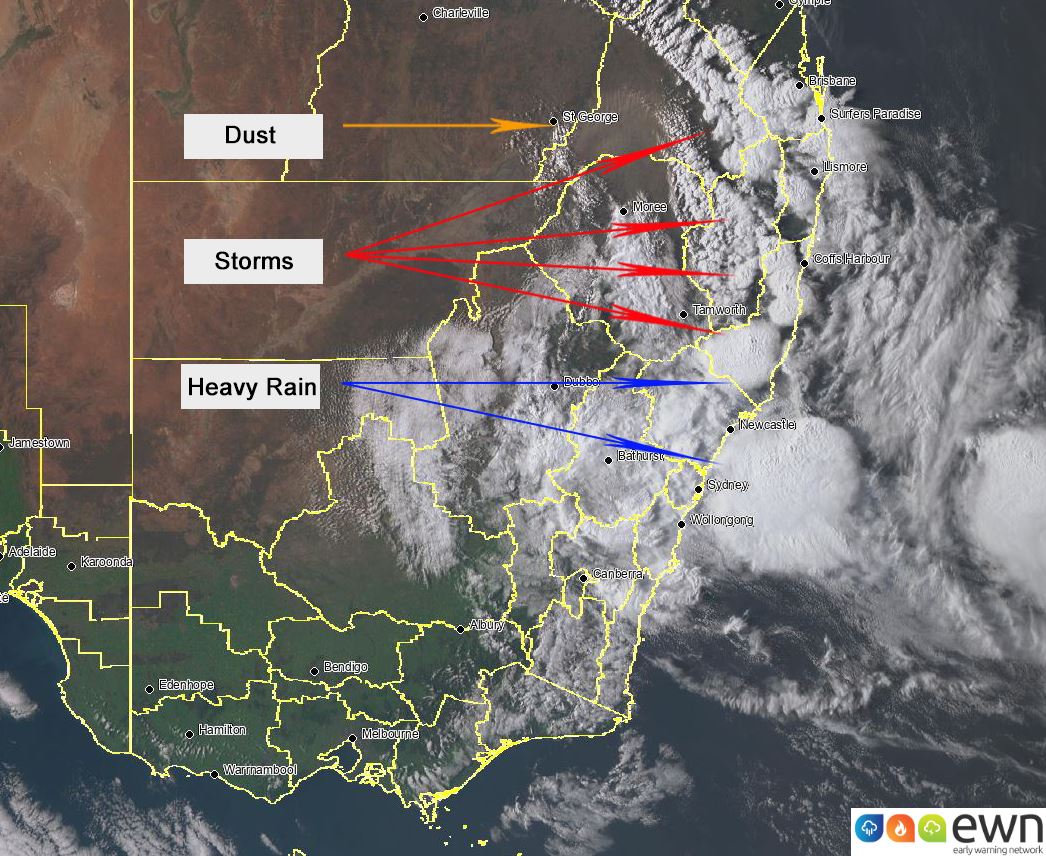 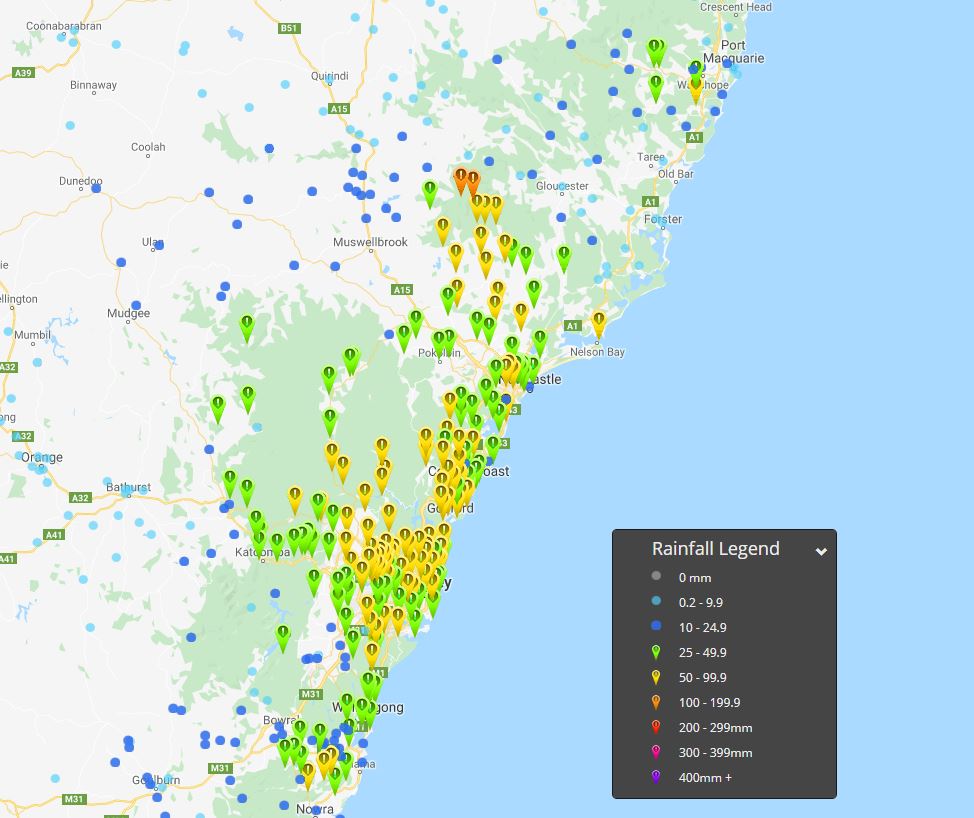