A cold front and pre-frontal trough will move across South Australia today, generating strong to locally damaging northwesterly winds and hot conditions to its east. Gusts of up 90km/h may develop during the day, along with areas of raised dust which may lead to reduced visibility, before gradually easing into Friday.

Maximum temperatures are expected to soar into the mid to high 30's across SA today, with some locations set to see temperatures 10-15 degrees above the September average. Coober Pedy heading for a top of 37C, Woomera 34C, Port Augusta 34 and Adelaide 30C. This heat in combination with strong northwesterly winds will lead to an increase in fire danger this afternoon, before a cooler southwesterly change moves in behind the front.

Isolated high based thunderstorms are expected across central portions of the state this afternoon, with little to no rainfall expected. These storms may produce locally damaging wind gusts in the form of microbursts during the afternoon and evening hours.

Overnight Thursday and into Friday, a band of showers, isolated storms and rain periods is expected to spread across eastern parts of the state, with widespread falls of 5-15mm expected from Mount Eba down to Mount Gambier. Isolated heavier falls of up to 30mm may develop, particularly with any storm activity.

Blustery southwesterly winds and shower activity will continue into the weekend, with another burst of activity possible during Sunday as a weakening cold front moves across southern regions of the state. 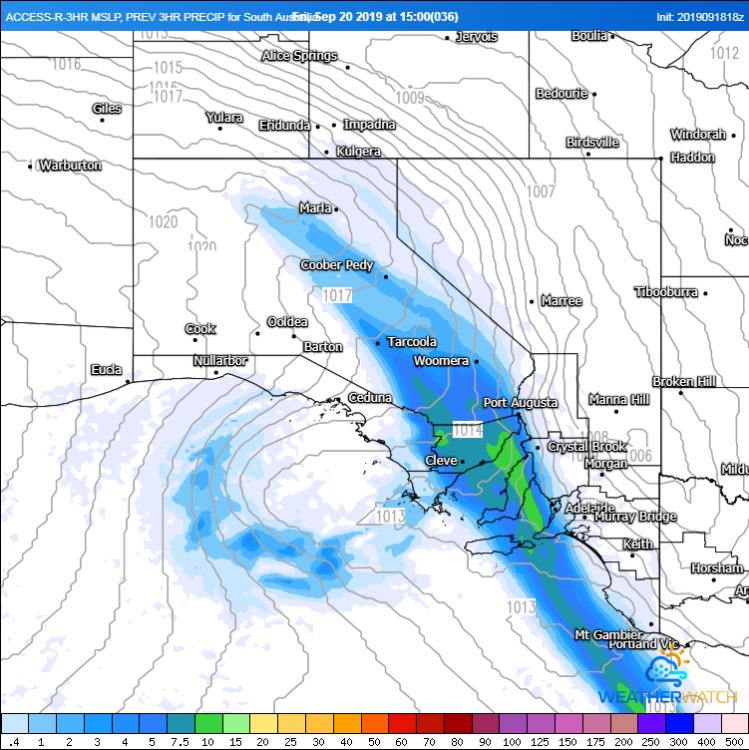 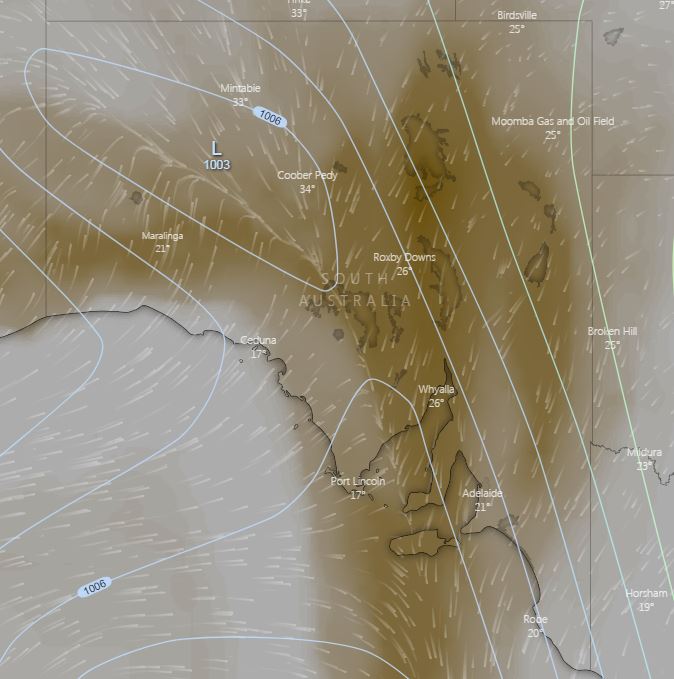 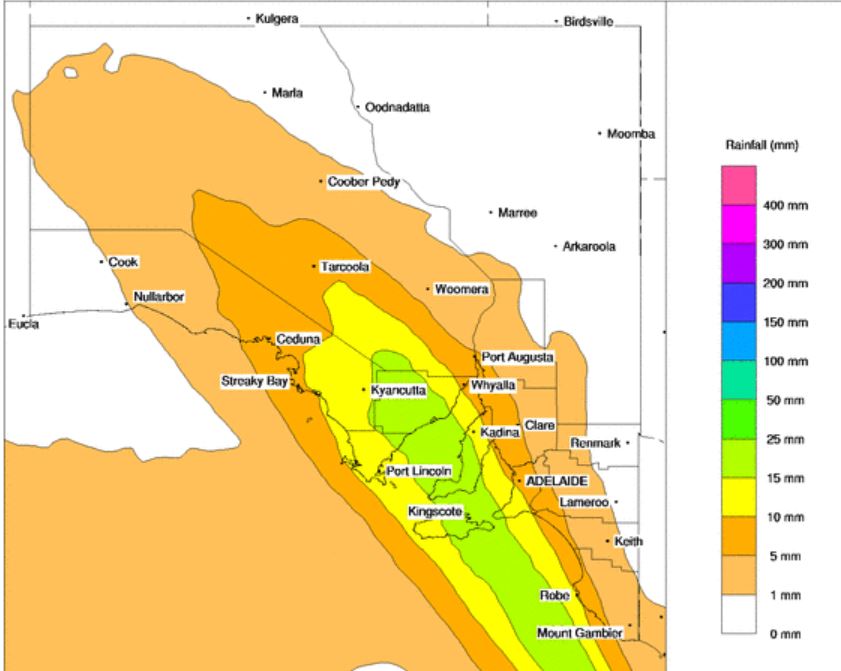 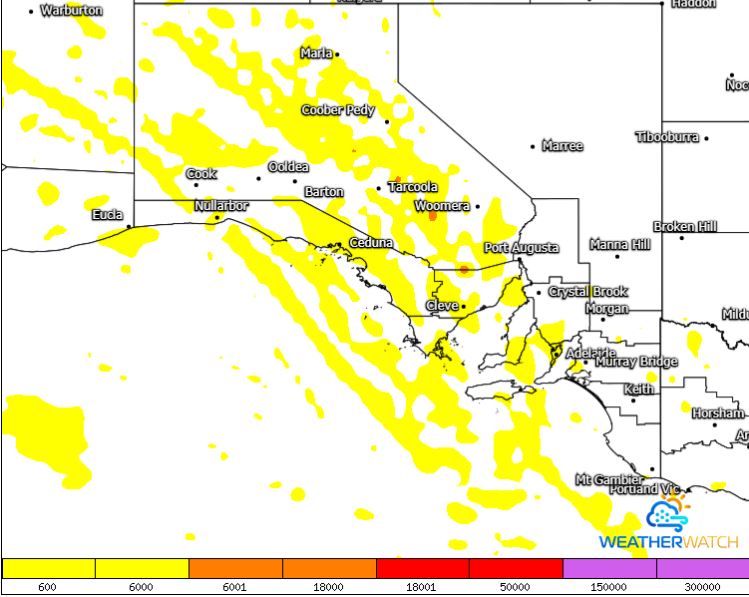